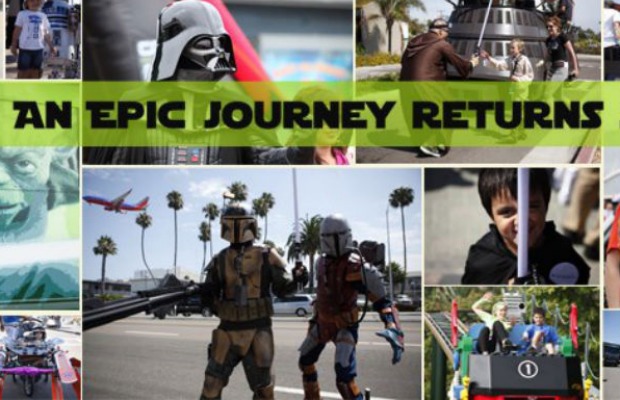 Nerdist Industries and Lucasfilm have announced the second annual “Course Of The Force,” a lightsaber run that starts at Skywalker Ranch in Nicasio, California on July 9 and ends at San Diego Comic Con July 16. The seven-day, nearly 500-mile trek will feature several stops along the California coast with mini “conivals” and will be hosted by Chris Hardwick, founder of Nerdist Industries and host of The Nerdist.

Of last year's run, Hardwick says, “Our plan to run at Comic-con screaming with a lightsaber worked beyond our wildest dreams. People showed up! Lots of them! In cosplay! And we were able to grant more than 1000 wishes for Make-A-Wish! Last year we started in Santa Monica, this year, Marin, and hopefully next year Tatooine.”

The event has teamed up with Make-A-Wish again this year with 100 percent runner registration proceeds benefiting the charity.