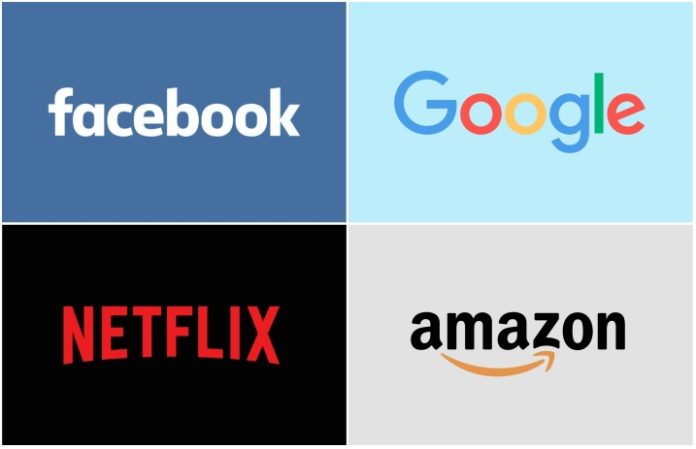 Some of the biggest tech companies in the United States—Facebook, Google, Netflix, Amazon and more—are fighting back against the Federal Communications Commission's recent decision to kill net neutrality laws.

Read more: FCC votes to kill net neutrality—here's how you can fight back

As we previously reported, the FCC officially terminated net neutrality protections on Thursday, following a mid-December vote, despite widespread opposition from the public and lawmakers. As noted by The Washington Post, the senseless move of deregulation could mean that internet service providers are able to control your free rein of the internet—it gives telecom and cable companies the ability to divvy up your access to certain websites, ostensibly creating paid “tiers” of web destinations, or to simply block or throttle your access to particular sites based on their own interests. (You can read the FCC's 539 pages of rollback specifics here.)

Now, as reported by Digital Music News, tech giants such as Facebook, Netflix and more are standing up to the ruling. On Friday, more than 40 companies declared legal action against the FCC's sellout of net neutrality, revealing their intentions in a joint statement. The move is backed by the Internet Association, a group that represents internet concerns like Spotify, Yelp, PayPal and others (see the full list here). For its part, Netflix clearly isn't cowering on the fight for the net, tweeting on Friday, “In 2018, the internet is united in defense of net neutrality. As for the FCC, we will see you in court.”

The Internet Alliance's CEO, Michael Beckerman, explains the action: “The FCC has defied the will of a bipartisan majority of Americans. The new rules fail to preserve a free and open internet. IA intends to act as an intervenor in a judicial action against this order and, along with our member companies, will continue our push to restore strong, enforceable net neutrality protections through a legislative solution.” Additional companies can join the Internet Alliance in their battle for net neutrality, and they have 50 days to do so—the number of corporations on the list is only expected to grow.

Meanwhile, some companies are battling the FCC on their own. Per Gizmodo, e-commerce website Etsy is waging war against the net neutrality rollback its own way, promising a separate lawsuit against the FCC and its chief architect, chairman Ajit Pai. “Etsy is continuing to fight for a free and open Internet,” the company said in a statement, “that's why we intend to challenge chairman Pai's order in the courts.”

While the immediate outlook for net neutrality may be somber, nothing is going to change without your help, and we shouldn't give up the fight to keep net neutrality intact. Let your voice be heard and visit battleforthenet.com to petition get Congress in the struggle for a free and open internet, and join the ACLU in bringing the fight to Congress here.

In 2018, the Internet is united in defense of #NetNeutrality. As for the FCC, we will see you in court. https://t.co/Ucf4H1xhne