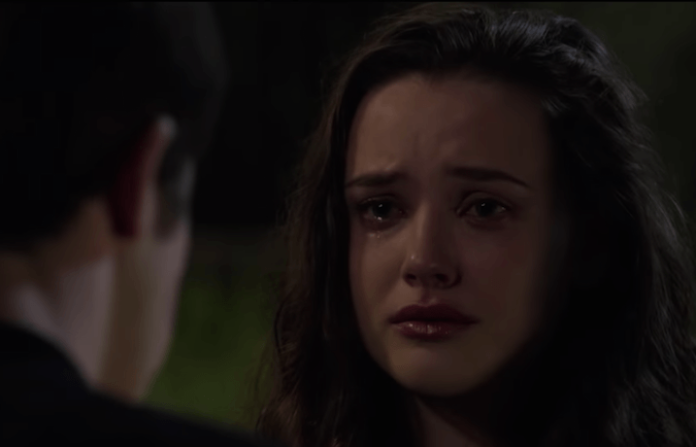 The highly anticipated second season of Netflix’s 13 Reasons Why was just released on Friday, May 18, and has already been the source of criticism.

The Parents Television Council is asking the streaming platform to pull the show due to “its potential to harm teens and children.”

The watchdog group released a statement, urging Netflix to cancel 13 Reasons Why because of the contents of Season 2, notably a (spoiler!) rape scene that happens in one of the episodes, reports NME.

“We urge Netflix to immediately pull the show–both season 1 and 2–because of its potential to harm teens and children,” the statement reads.

“Netflix has delivered a ticking time bomb to teens and children who watch 13 Reasons Why. The content and thematic elements of the second season are even worse than we expected,” Winter says. “We would have liked to have 13 reasons for hope and redemption following the graphic suicide of the lead female teen character, but rather than providing a path forward, the season only provides cause for despondency.”

“For kids who are already at risk, who are being bullied or abused, the show may only serve to trigger those feelings and create dangerous real-life circumstances,” Henson explains. “We urge parents and schools to be alert and on guard in the weeks and months ahead.”

A couple days after the show dropped, Twitter user @lovesickpalaces provided a resource for people who want to watch the show. The user then tweeted a screenshot of a complete trigger warning guide for the entire second season, which includes the type of trigger and time stamp of where it occurs. The entire guide is broken down by episode, and some of the triggers include gun violence, drug abuse and victim blaming.

since season 2 of 13 reasons why came out yesterday and I’ve already watched the entire season, here’s a list of trigger warnings I made for nearly each episode and time stamps so you know when to avoid these scenes if you wanna watch it �� pic.twitter.com/eAsRg0D7yd

Besides this fan-created guide of the show, Netflix has included a video before the first episode of each season which features the leads of the show, such as Katherine Langford and Dylan Minnette, informing viewers about how to get help if there are affected by its content. Additionally, Netflix created an online resource 13reasonswhy.info full of mental health support and services through different organizations for fans to refer to for guidance.

Netflix also released a second season of 13 Reasons Why: Beyond The Reasons on Friday, which is an after show where the cast, producers and mental health professionals break down the show and the reasoning behind the way the show portrays certain scenes.

Regardless of the controversy, it appears that the show has been secretly renewed for a third season.