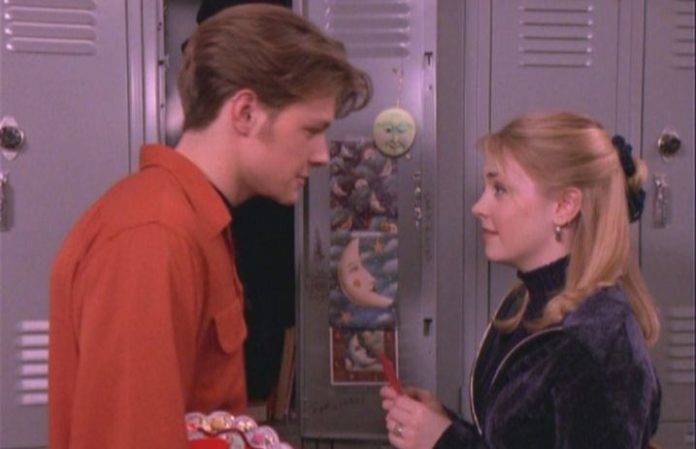 Fans of Sabrina, get excited: The new Harvey Kinkle has been cast for Netflix's upcoming “fantastic and chilling” Sabrina The Teenage Witch reboot.

Disney star Ross Lynch will be taking the role as the male lead in Netflix's Sabrina, E! News confirmed.

Lynch is clearly stoked on the news, updating his Twitter profile photo to the animated Harvey that we already know and love. Not to mention, he's already guaranteeing we'll binge the heck out of this show. (And we're sure we will, too.)

You guys are gonna binge watch the shit out of this show. ☠️☠️

The reboot was originally intended to be a companion series to CW's mega-hit show Riverdale, but as we now know, the Sabrina remake found its home with Netflix. As reported by Variety, the show will be an hour long, 20-episode, two-season series on Netflix.

While it won't be a companion series to Riverdale, it will have the people behind the hit show working on it. The production team for Riverdale will be working on the reboot with Archie Comics' chief creative officer and Riverdale showrunner Roberto Aguirre-Sacasa writing and directing.

The still untitled series will be based off Archie Comics' Chilling Adventures Of Sabrina. The series will take on a much darker tone than the upbeat '90s show that we have come to know and love. According to Nerdist, the show will touch on more darker themes, giving a reimagined look into Sabrina's occult origins, by saying the series “finds Sabrina struggling to reconcile her dual nature (being half-witch and half-mortal) while protecting her family and the world from the forces of evil.”

We're pretty excited about this new take on Melissa Joan Hart's beloved teenage witch. Let us know what you think about the new Sabrina reboot in the comments below!