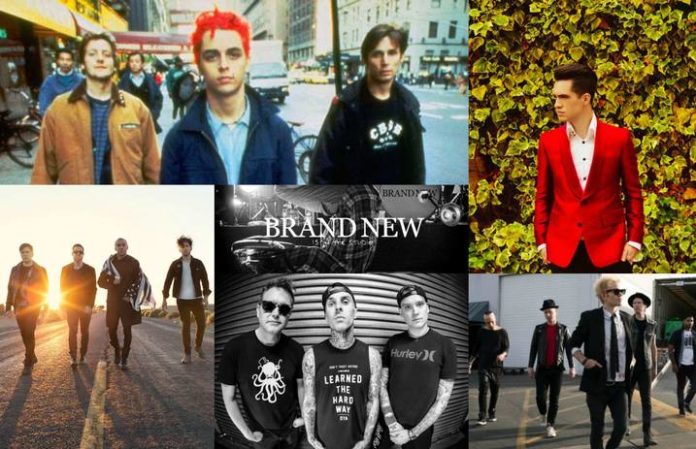 My Chemical Romance and Pitbull? Sum 41 and Coldplay? Brand New and the Weeknd? How about Blink-182, the Chainsmokers and Halsey?

That's right, folks—remix team extraordinaire Captain Cuts have created the emo-pop mixtape of our nostalgic dreams. Check out The Life Of Emo (a nice play on Kanye West's new album The Life Of Pablo) below, and be sure to let us know your favorite remix in the comments.

Not only that, but the multi-platinum producers will DJ a mixtape release show at Neon Gold's POPSHOP EMOtional Holiday Celebration on Friday 12/9 @ Baby's All Right in New York, which is free with RSVP.

“Tell all your friends they're through being cool: Emo Nite is the one thing missing from their lives. Sticks and stones may break your bones, but the 1st Tuesday of the month will never hurt you. The morning of the 1st Wednesday is the place we have come to fear the most, but Emo Nite is a fever we can't sweat out,” says Captain Cuts' Ryan McMahon. “TJ, Morgan, and Babs single handedly revived an entire generation of real boys and girls who grew up listening to pop-punk and emo music. We are trying our best to give back to the genre that inspired us to be all killer and absolutely zero filler. We leave everything out there – as a result, this beautiful night in Echo Park might be slowly killing us. But if this is what it feels like in love and death, we welcome it with open arms.”