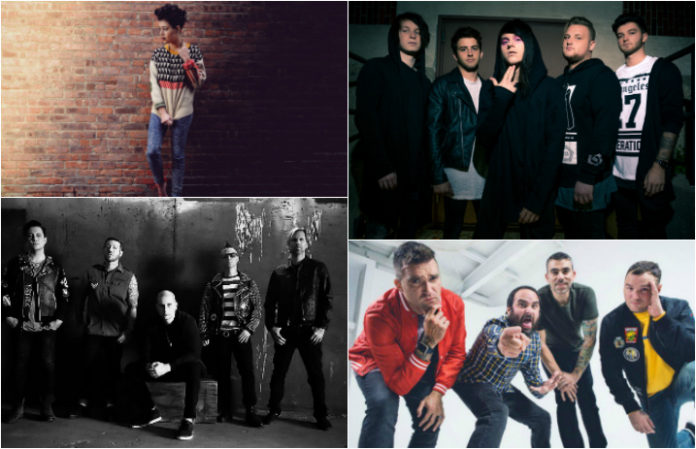 Avenged Sevenfold launched official fan club—and released some awesome songs from their live session with BBC Radio 1—and watch Vesta Collide's new music video. Check out the news you might have missed today below!

Read more: Max releases epic new video and other news you might have missed today

1. SAINTE released a teaser their new track and music video for “With Or Without Me.” Check it out below!

Sainte released their first song, “Technicolor,” back in October, and their new track is set to debut Wednesday, March 1.

2. Vesta Collide released a new music video for their song “I Can't Sleep.” Check out the video below!

The track is taken from the band’s debut album, New Obsession. Additionally, the band has jumped on the current Attila tour, which runs through March 12. Check out the full list of cities and dates below!

3. Avenged Sevenfold have launched their first-ever official fan club. Find out how you can join below!

The band launched the club as a way to thank their fans for their continued support and experience all things A7X in one place. Signing up will give you early access to all kinds of content, exclusive merchandise, special events, and contests—all for free. Sign up here!

Plus, they've launched a contest to help name the club—see how you can share your input here.

In addition, the band released their special BBC Radio 1 studio session, where they played “Hail To The King,” “God Damn, ““Nightmare” and “The Stage.” Check it out below!

They are currently touring Europe in support of their most recent album, The Stage.

What’s even cooler? The DJ sets will be hosted by none other than the members of New Found Glory themselves! Check out the list of cities and dates below.

Read more: Here’s how the Oscars royally screwed up in 2017

5. Soundgarden have announced a headlining spring tour with the Dillinger Escape Plan and the Pretty Reckless. Check out the list of cities and dates below!

The run of mostly festival dates will be this April and May.

Watch more: Hitch a ride through the Maine’s epic 8123 Fest