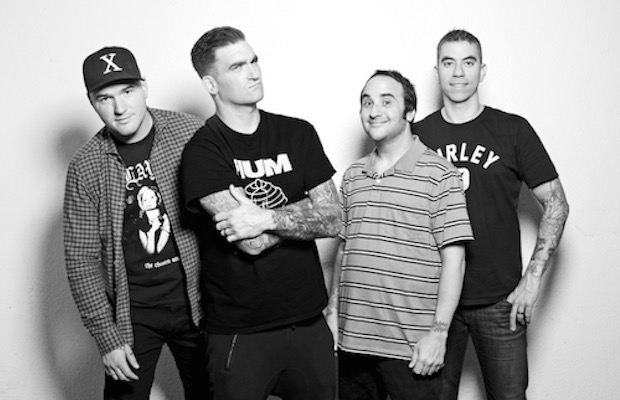 Here's a feel-good story for you: New Found Glory's Chad Gilbert recently came across an ad for a horse (whose name is also New Found Glory) and purchased it, saving the animal from an impending slaughter (via Billbaord).

“Everyone thought it would be great for the band,” Chad tells TMZ.

With the aid of Freedom4Horses, NFG completed the transaction and found the horse a good home in Texas, which they hope to visit sometime soon.

Read a detailed description of the story from Chad below.

Additionally, New Found Glory are set to perform with Hayley Williams of Paramore at the 2015 AP Music Awards, where NFG are also nominated for Band Of The Year and member Cyrus Bolooki is up for Best Drummer. Cast your vote and purchase your ticket now!

Meet @newfoundglory the HORSE! Last night at 9pm I came across a horse that was supposed to be slaughtered at 10 am this morning. Sooooo we bought it! Saved it and found her a home! She is somewhere in Texas now and I hope we get to meet her in person soon!