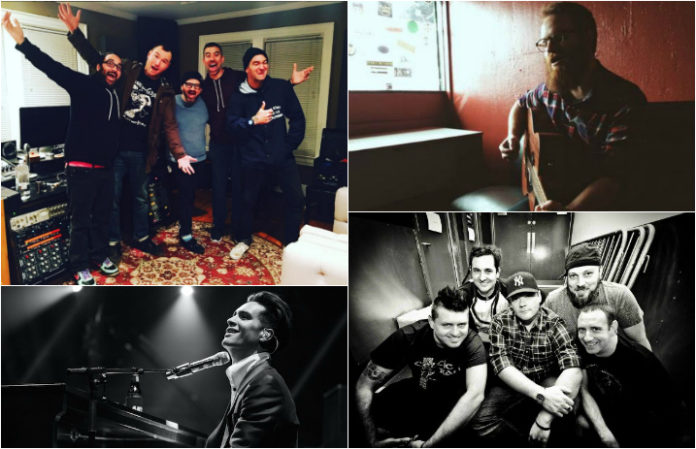 Not only do we have a tour recap from Panic! At The Disco, but New Found Glory have announced they finished a new album. Check out the news you might have missed below:

Read more: Twenty One Pilots perform at prestigious award show and other news you might have missed today

New Found Glory’s follow-up to 2014’s Resurrection is now complete. See the band announce the news in an Instagram post:

It has been finished! #LP9. Getting sent off to the mixer soon! @aaronsprinkle was amazing to work with! So pumped. Music makes the people come together Yeah.

The band chronicled making the new album on their Instagram with several posts. This yet-to-be-titled record will be New Found Glory’s ninth.

After Run For Cover Records put up its entire discography as “pay what you want” on Bandcamp to donate to Planned Parenthood, Aaron West and the Roaring Twenties are the next artist to follow suit. Proceeds from the Wonder Years frontman’s catalog will instead go to the American Civil Liberties Union, who plan to fight against the President elect if and when he implements any of his unconstitutional campaign promises.

Both of our releases and a new unreleased cover song are currently name-your-price at https://t.co/TOFqz2Bfuj to benefit the @ACLU.

West’s—A.K.A. singer Dan Campbell—discography will be up for “pay what you want” for two weeks. Find his BandCamp here.

Panic! At The Disco are currently on a tour in Europe—but everyone can experience the band’s crazy and awesome abroad experience in their first week recap. Watch it below:

It's only week 1, Europe. Show us what you've got! pic.twitter.com/zdpXwFThGg

The Menzingers have announced a U.S. headlining tour with Jeff Rosenstock and Rozwell Kid as support. Check out their dates below.

The tour will follow the release of the Menzingers’ fifth full-length, After the Party, which is set to be released Feb. 3, 2017. The band also released a new music video for their track “Bad Catholics,” which you can check out below.

Tickets go on sale Friday, November 18th at 10 a.m. local time. See the full list of cities and dates below:

Pre-order their forthcoming EP Through The Storm with the track here. It’s coming Dec. 13.

Not only that, but the band have announced a co-headlining tour with Pepper. Check out the dates and tour poster below!

Here’s what the band has to say about the signing:

”These days putting out new records for LTJ has become a lesson in record collecting, but the choice of label is always about mutual respect. Watching Pure Noise work hard over the years and maneuver through the modern music industry should be a lesson for any labels that are just starting out. Couple that with how much they understand the history of LTJ, that they have favorite songs by the band, and understand where we are right now in our career, makes Pure Noise a perfect place for LTJ and the new release.”