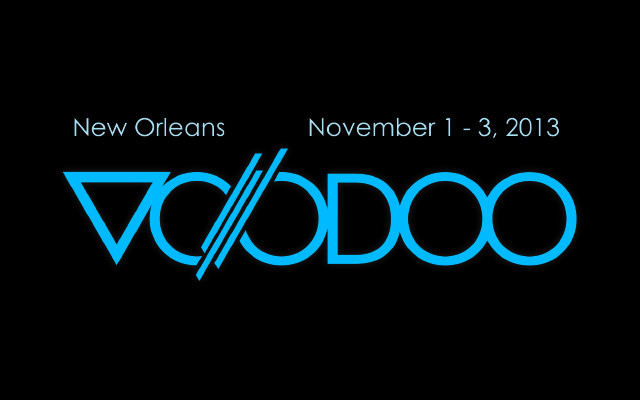 New Found Glory, Matt And Kim, Anamanaguchi, and Youngblood Hawke are among the latest round of performers added to the lineup for this year's Voodoo Music + Arts Experience festival.

The fest, which is celebrating its 15th anniversary, will take place Nov. 1-3 in New Orleans.

Previously announced artists include headliners Nine Inch Nails and Pearl Jam, along with Paramore, Macklemore And Ryan Lewis, The Gaslight Anthem, How To Destroy Angels, Alkaline Trio, Desaparecidos, Cults, and many, many more. Check out the full lineup below, or on the fest's site:

In addition to music, Voodoo hosts a variety of local and international visual artists, interactive art installations, and artisan vendors. The fest has been taking place annually on Halloween weekend since 1999, and, over the years, has hosted artists such as Fall Out Boy, Blink-182, My Chemical Romance, Green Day, Brand New, Pixies, Panic! At The Disco, and many more!

Standard and VIP ticket options are currently available, starting at $175 for the weekend, here. Additional performers are expected to be announced.