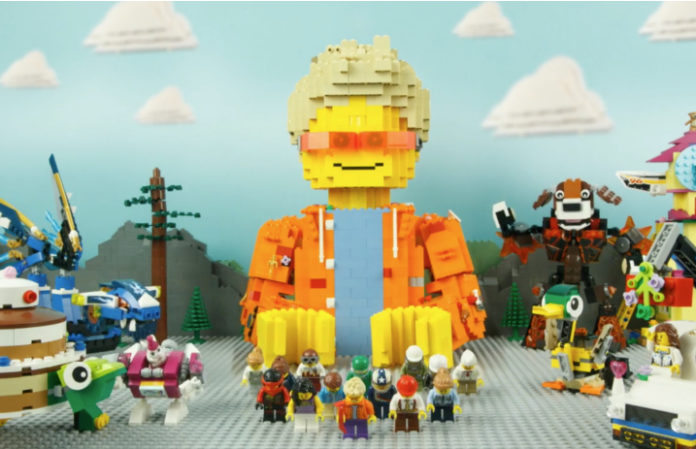 In the cutest collaboration you’ll see all day, New Found Glory’s Chad Gilbert debuted his music video with LEGO to promote creativity through mixing, mingling and mashing up your sets—in the most pop-punk way possible, of course.

Read more: Lego and the University of Cambridge are looking for the world’s first professor of play

Gilbert shared a glimpse of the video on his Instagram, saying he wrote and performed the jam, and we know the catchy tune will be stuck in our heads the rest of the day. (And make us want to break out our own LEGO sets!)

Check out a fun collaboration I did with @lego! A little music video! Lego animation is so cool. Thanks for having me write and perform the jam! https://www.lego.com/en-us/club/member/videos/details/adventures-of-max-pop-punk-music-video-5f586a2f651d41b68e99a99c3e380a7d

Check out the video on Lego’s site here!

In addition to the Lego video, New Found Glory have been teasing something, leaving fans wondering what it might be. They left a cryptic Tweet that has since been deleted, only adding to the mystery.

The band will be heading out on their twentieth anniversary tour this year, and each night they will be playing their classic albums in full. Check out the dates and what albums will be played at the shows here!

What are your thoughts on the adorable Lego video? Let us know in the comments below!