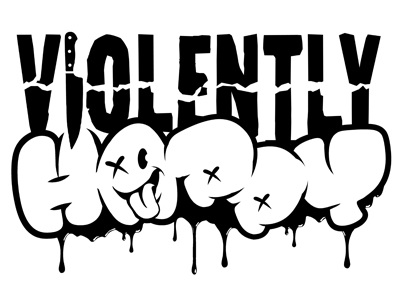 Bridge Nine Records have announced their partnership with New Found Glory guitarist Chad Gilbert, who has launched an imprint on the label called Violently Happy Records. The first release planned is from New York's Candy Hearts in the form of a new EP. The Best Ways to Disappear was also produced by Gilbert and will be out November 6 via Violently Happy/B9.

Read a statement from Gilbert with a comment from B9 owner Chris Wrenn:

“Why start a label?  To make money?  To be cool?  Well, I was born cool so that's not it, and yes, money doesn't grow on trees so if someone could make it rain, that's great, too but the true reason is to help. Yes, help. I grew up in the punk/hardcore scene and learned at a very young age from all of my favorite old school bands that it's about supporting each other and pulling up your brother (or in this case, sister) with you as you grow.  Now that I have been in the music scene for well over a decade, and unfortunately have experienced the frustrating business-side of things, I felt it was time to help a band that I love and believe in the same way when my band got its start: by people helping us.

Why Candy Hearts? Well, listen to them. It's undeniable. Truthful lyrics sung to a sweet, honest melody over a 90's-alt-rock-meets-east-bay-gritty-punk-rhythm. A sound that would appeal to a Jawbreaker fan, a Green Day fan and even a Lemonheads fan, if you are into being nostalgic. The female frontwoman Mariel Loveland reveals a lot in her lyrics that I think will give music fans a place to go when they need to feel like they aren't alone.   Real songs by real people wanting nothing more than to play them to people, and I intend to help them.

Why the relationship with Bridge Nine? I have released an EP with them from my band New Found Glory and the experience working alongside them was extremely fun and efficient; a driven work ethic coupled with knowing the importance of creating a fun, interesting record buying experience and keeping the indie music scene alive.

Why the name Violently Happy? Well, my favorite singer of all time is Bjork and that happens to be a Bjork song, but it fit for the label because anyone that knows my music background knows I've had a diverse career from starting in hardcore music to pop punk. I intend to do that with my label, too; releasing music I believe in regardless of the genre. Violent or happy music!”

Bridge Nine owner Chris Wrenn continued, “I've known and worked with Chad for years on New Found Glory stuff and so on, so it's a real honor to have his label be an imprint of B9.  Chad has tons of great ideas and a cool outlook on independent music today, so this is going to be a really fun collaboration for everyone involved.”