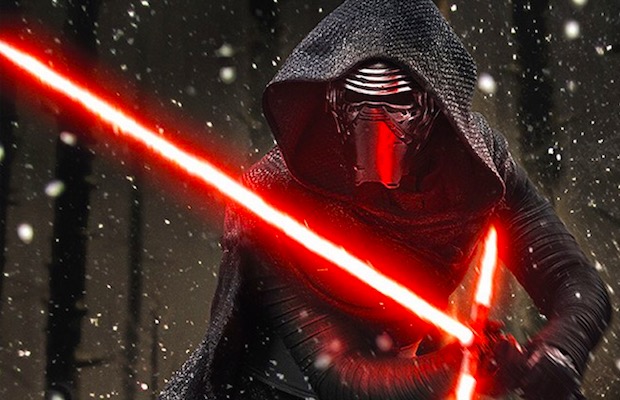 JJ Abrams' Star Wars: The Force Awakens is just four months out from finally hitting theaters and more and more information has slowly been revealed since the film's initial trailer was released last November. This week's issue of Entertainment Weekly is graced with a Star Wars cover story and the magazine has a slew of new photos and information regarding the seventh installment in the beloved, episodic series.

Read more: New, in-depth look at Star Wars: The Force Awakens is emotional, nostalgic and everything you want

If you're trying to remain absolutely spoiler free, we suggest you don't read beyond this point.

In regards to Kylo Ren, Abrams divulged some information to EW: “He is not your prototypical mustache-twirling bad guy. He is a little bit more complex than that…” He later added, “I think that what makes Ren so unique is that he isn’t as fully formed as when we meet a character such as Darth Vader. And I think that there are two sides to the Force. Both sides, arguably, would see themselves as the hero of their story, and I think that applies here.” The director also mentioned that, as several fans have suspected, Ren's mask is an homage of sorts to Darth Vader. Furthermore, the name “Ren,” much like “Darth,” is more of a title than anything. “He is a character who came to the name Kylo Ren when he joined a group called the Knights of Ren.” And as far as that crossguard lightsaber that has everyone talking, Abrams says, “The lightsaber is something that he built himself, and is as dangerous and as fierce and as ragged as the character.”

To get all the details and read the full interview, pick up a copy of Entertainment Weekly. Star Wars: The Force Awakens is set to release on December 18, 2015.