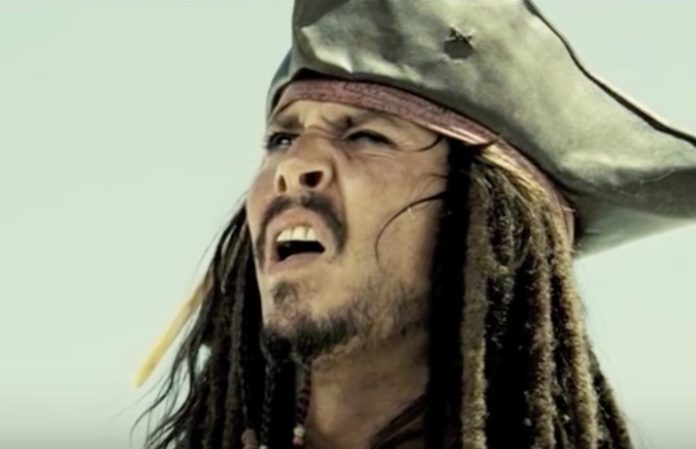 Ahoy—it looks like Pirates Of The Caribbean: Dead Men Tell No Tales is going through a ransom tale itself. It’s been reported that the massive movie has been stolen, and the hackers are demanding money (to be paid in Bitcoin) from Disney in order to give it back—or it’ll be released on the internet.

Disney is reportedly working with the FBI and has refused to pay. (via Deadline)

Disney has yet to officially comment, and CEO Bob Iger did not actually reveal the movie the hackers have, but Deadline claims it has found a way to confirm that it is the fifth film in the Pirates Of The Caribbean franchise.

According to Deadline, this is a similar situation to what Orange Is The New Black faced when Netflix refused to pay the ransom the hackers requested. The news source also spoke with Hector Monsegur, Director of Security Assessments for Rhino Security Labs and a regular expert on the Science Channel series Outlaw Tech, who used to hack and ended up becoming a FBI informant, telling Deadline that it’s almost impossible to track down a hacking source:

“It’s nearly impossible because you have various hackers from pretty much anywhere. Also, they are aware of techniques to track them down. So you could have an Egyptian hacker who uses Russian software so it looks like it’s Russian but is actually from Egypt.”

“All these companies like Disney, Netflix and Discovery may have very good security teams but you have all these vendors and small production companies which don’t have great security and probably don’t have the budget to focus on their own security so hackers get in pretty easily.”

Pirates Of The Caribbean: Dead Men Tell No Tales is set for a May 26 release. Check out the first trailer featuring Orlando Bloom below!

What are your thoughts on the ransom situation? Let us know in the comments below!