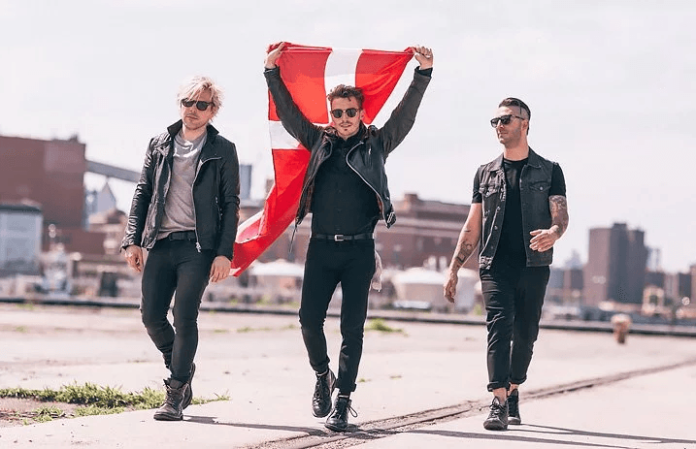 New Politics have announced their fourth album, Lost in Translation, will be coming in October along with releasing a rebellious new song in “CIA.”

Lost in Translation will be the band's fourth album and their latest release since Vikings back in 2015. The band wrote a note about the new album, writing:

“Lost In Translation represents a new phase in our lives. After years of constant touring, it was important to us that we reinvent ourselves, and wanted to write honest songs about the real things happening in our lives. We spent a lot of quality time together in-between albums as friends, watching movies, hanging out, and talking about our future plans. That brotherly love and bonding initiated the first batch of songs that has helped us shape the album. A lot of the songs are about personal experiences and the things every human goes through and it was nice to let go of the rules we had laid out for ourselves. It's a new era for all of us, and we're proud of how it's turned out. Lost In Translation means that we're all searching for something, whether it's a voice, meaning, a place where we belong; we all face our own challenges. This is about shaping your reality and trying to make sense of the journey along the way.”

The band released the first single from the album back in March with “One of Us” along with talking about what's changed with the new upcoming album.

“If I had to say something cliche, I'd say it's a very mature album for New Politics. We've definitely grown up a lot—as friends, as musicians, every way possible. That definitely reflects on this record. A lot of people think writing has to come from some deep, dark place to feel inspired. I think it was the opposite for this record: I think we were all in really good spirits and really looking forward to what was next. We were trying to progress with ourselves as a band and with musicians and it really shows. I'm so proud of this album,”

Lost in Translation will be released October 6 via DCD2 Records, which was founded by Pete Wentz. You can pre-order the new album here!

Listen to their new rebellious single “CIA” below!

What do you think of their new single? Let us know in the comments!