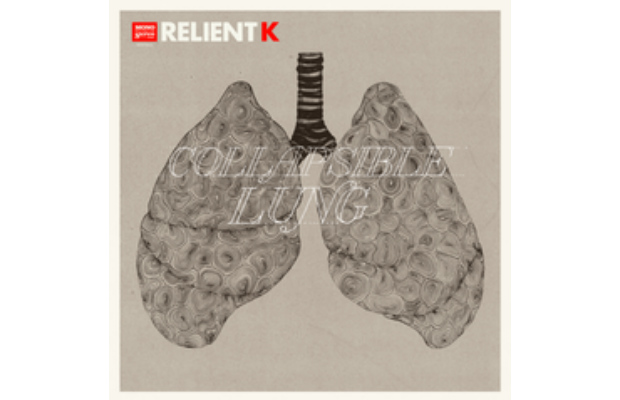 ORIGINAL POST: MAY 29, 2013 AT 11:37 A.M. EDT
Relient K have announced that they will release their first full-length album in four years, Collapsible Lung on July 2 via Mono Vs. Stereo.

Fans can preorder the album now via iTunes, and will immediately receive a download of “That's My Jam,” a collaboration with Owl City that is an ode to the '90s.

For this album, for the first time in their career, Relient K teamed with co-writers, some of whom have worked with the likes of massive pop stars like Lady Gaga, Bruno Mars and Beyonce. They also sought out the songwriting skills of Sugarcult frontman, Tim Pagnotta.

“This time around, we wanted to have a collection of songs that surprised even us,” states frontman Matt Thiessen. “To do that, we teamed up with several other writers in LA, Nashville, and New York City. This ensured that the new LP would be unpredictable.

“Each song includes a different combination of authors, yet there is an underlying thread that ties the tunes together thematically.  We took an experimental approach creating the album, and we couldn't be more pleased with the result.”