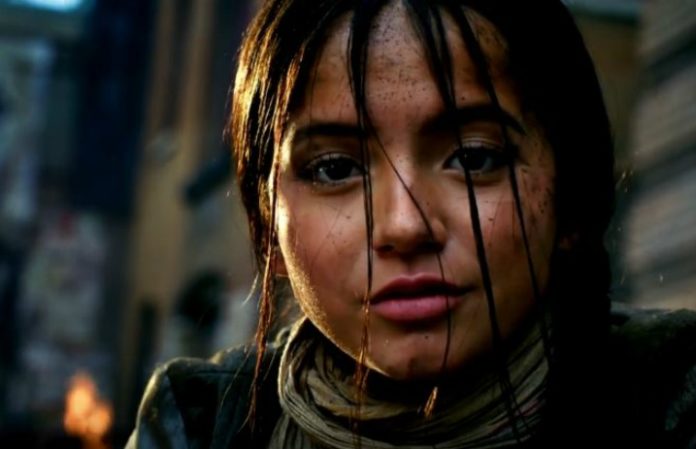 Can you believe we're only three months away from our fifth Transformers movie? A new trailer for Transformers: The Last Knight has just dropped asking us all, “Don't we fight like a girl?”

The trailer starts out with a destroyed football field before we're asked, “Y'all wanta see some dead robots?” While we'd love to see alive robots beating the crap out of each other (Because why else do you watch a Transformers movie?), we're greeted by a robot graveyard with parts scattered all across the field.

We're then introduced to Izabella, played by Isabela Moner, who is our new hero. She talks about how she had a normal life yet dealt with people teasing her, along with showing her not taking crap from anyone along with being the best sidekick Mark Wahlberg could ever want.

Director Michael Bay revealed in an interview with Rolling Stone that this would be his last Transformers movie.

“Transformers, I still have a great time. It's fun to do a movie that 100 million people will see. But this is the last one. I have to pass the reins to someone else,” said Bay.