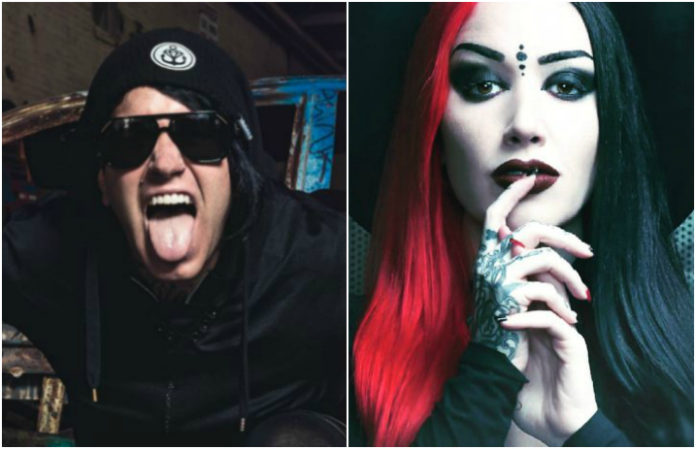 After a fan asked a variety of artists how they feel about bullying, New Years Day's Ash Costello and Attila frontman Chris Fronzak shared their beliefs, along with Costello reflecting on how bullying affected her.

Check out how they responded below!

Read more: How I Survived Bullying

This started off as a very simple question directed to numerous people in the scene including Paramore's Hayley Williams and Black Veil Brides' Andy Biersack asking them the simple question of what they think about bullying.

Attila frontman Chris Fronzak answered first with the initial message of “PUNCH THEM IN THE FACE” before offering the advice to ignore them.

Or just ignore them. Bullies leave you alone if they see that what they do doesn't affect you at all. ������

New Years Day's Ash Costello responded to Fronz by sharing how bullies have helped her become a stronger person.

@FRONZ1LLA @Pezzacornell @katyperry @yelyahwilliams @andyblack @JakePittsBVB @chriscornell @JaredLeto @genesimmons @robbiewilliams Bullies made me stronger, gave me character. Let it make you a powerhouse and learn from it, what kind of person you DONT want to be

The Haxans, which features Ash Costello and Matt Montgomery aka Piggy-D, recently released a cover of Misfits' “Vampira.”

In a love of all things creepy, their debut album Party Monsters will be hitting stores on Oct. 13, which is also Friday the 13th, which proves that this record was just meant to be.

How did you feel about their responses to bullying? Let us know in the comments!