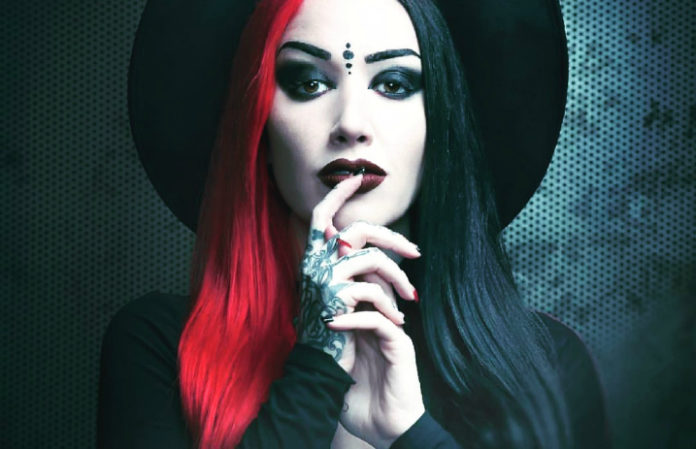 UPDATE—Iron Fist Clothing provided the following statement via email: “This is a legal matter that will be responded to accordingly, and that Iron Fist denies the allegations in the complaint and in the story published by Alt Press.”

When New Years Day frontwoman Ash Costello entered into a collaboration with Iron Fist Clothing to create the Bat Royalty brand, it was a dream come true. After the brand’s launch in October of 2015, it became a nightmare, Costello says.

Today, Costello filed a lawsuit (which you can see below) against the company citing 14 offenses. Most significantly, it alleges Iron Fist took designs that Costello pitched and used them for other lines, has paid Costello only a small number of Bat Royalty sales, advertised personal appearances Costello was never informed about and removed the Bat Royalty logo from Bat Royalty designs and sold them as other Iron Fist-branded products.

“In 2014, Costello began working with defendants Iron Fist to produce the Bat Royalty brand,” the complaint reads. “After a short honeymoon phase with the Defendants, Costello’s requests for accountings in connection with the Brand were repeatedly ignored, her designs were routinely stolen for Iron Fist’s other apparel and accessory lines, and Costello’s name and likeness were regularly either improperly exploited or improperly excluded from Brand marketing materials.”

Costello says that while on the outside the clothing line was a success, the reality was totally different. “I'm upset that my first clothing line was so successful on the outside and so embraced by my fans, while I was being robbed of my ideas, my money and, most importantly, of respect behind the scenes,” Costello said in a statement to Alternative Press. “I'm even more upset that my fans, who I love and who mean so much to me, and I were nothing but a payday and people to exploit to Iron Fist.”

“Not long into their business relationship, Iron Fist began advertising products from its bat-themed Night Walker line alongside [Bat Royalty] products without distinguishing between the two. This led to actual confusion among Costello’s highly loyal fan base, who frequently purchased the Night Walker items believing them to be from Costello’s brand, Bat Royalty,” the complaint states. “In addition, on numerous occasions, Iron Fist would sell various non-Brand products to retail and market those non-Brand items as Bat Royalty using Costello’s name. She was never compensated for these sales or for this use of her name, the [Bat Royalty] name, or her likeness. Unfortunately, Costello’s fans were being intentionally misled by Iron Fist and were induced into purchasing products that Costello had nothing to do with and received no benefit from.”

Further, Costello says many of the Night Walker or other Iron Fist designs were ideas that she pitched to Iron Fist as Bat Royalty products, which Iron Fist rejected at the time.

Iron Fist gave Costello a workspace in the warehouse where she would work on her Bat Royalty designs and allegedly get “insulted and condescended to by Iron First employees, including the Defendent Owner’s wife, who would deride Costello by remarking that she was ‘almost like a real designer’ or refer to her as ‘Bat Von D,’” as the complaint dictates. When she and New Years Day went on tour, Iron Fist cleared out the workspace and has yet to return her designs and materials even after multiple requests, Costello claims.

The complaint also states that Costello had a close relationship with Hot Topic because of her band, New Years Day. To grow the brand, Costello set up meetings between Hot Topic, Iron Fist and herself.

“Not long after, Iron Fist employees began scheduling meetings with Hot Topic regarding the Brand [Bat Royalty] without including Costello, or updating her on any new developments that arose from those meetings,” the complaint says.

Costello also says that Iron Fist failed to provide her with accurate financial information about Bat Royalty. The complaint says that statements she received excluded foreign sales and omitted some products (including some varieties of the “Bat Wing Boot,” which the document says is one of the most successful Bat Royalty products) and retail outlets entirely. “The situation became so impossible that Costello was forced to go to individual retail outlets directly to learn how well Bat Royalty products were selling,” the document states. “Costello also began closely monitoring social media platforms for a vague idea of whether or not certain [Bat Royalty] products were selling well.”

“The facts presented in our complaint speak for themselves,” says Costello’s lawyer, Katrina Bleckley. “This is just another instance of a company taking advantage of a brilliant artist for their own gain. It’s unfortunate that it has come to litigation, but Ash and her team are prepared to fight for her rights, her fans and her brand.”

The complaint adds that Costello attempted to resolve the issues for weeks.

“Defendant's lack of willingness to approach the settlement table with an semblance of fairness led to the filing of this complaint,” the complaint reads.

Alternative Press has reached out to Iron Fist for a comment.

See the full document below.