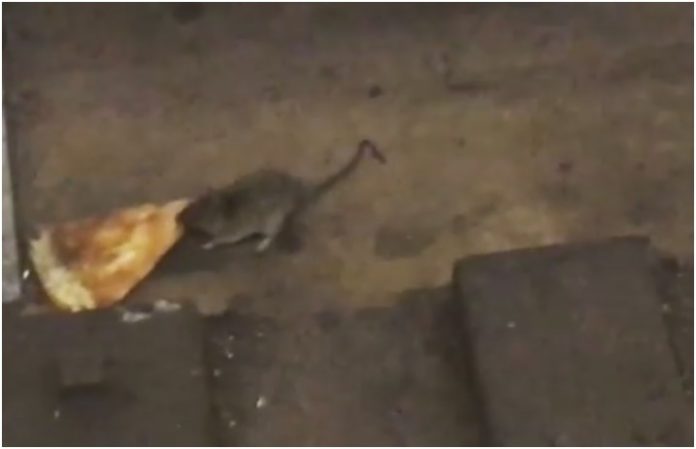 Pizza Rat is back! We repeat, Pizza Rat is finally back, and he’s hungrier now more than ever before.

As summer draws near, that can only mean one thing for the people of New York City: the return of Pizza Rat. Yesterday, a new video of the iconic pizza-loving rodent made its appearance, and it's good news for those who were worried if our rodent friend still enjoyed a slice of NYC street pizza. It looks like he (or she) does.

In an Instagram video published by michaelcourant, footage showed a subway rat dragging a slice of cheese pizza around with him. While the slice of pizza may have been twice the size of the little guy, that didn't stop his determination, and love of pizza, from shining through as the video ends with him dragging the very dirty pizza along the subway station.

As Bustle points out, the first sighting of Pizza Rat started to gain attention around 2015 when a video of a rat was posted showing the little guy dragging a slice of pizza around the streets of NYC. Of course, the video gained massive attention, and the internet hasn't forgotten their love of the original Pizza Rat.

To mark the return of Pizza Rat, some Twitter users took to the social media site to share their excitement that Pizza Rat, or its rat kin, has returned to the streets of New York to steal some pizza slices:

Sure sign that summer is on the way, pizza rat is back in NYC– https://t.co/Ap8OaAgFKu

PIZZA RAT YOU CAME BACK FOR ME

PIZZA RAT IS BACK WHEN WE NEED HIM MOST