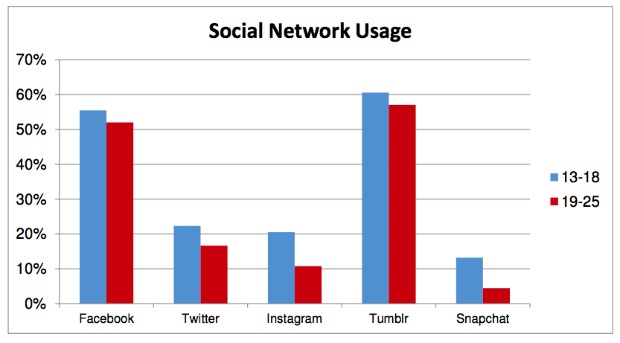 In a small survey (1,038 sample) conducted recently by Posterous co-founder Garry Tan, Tumblr was found to be the most used social network among Internet-users aged 13-25, narrowly beating out Facebook.

Though that may not come as a shock to you, Tan, who is 31 said the results “blew [him] away.”

“To be honest, it's a sobering notion that there's some piece of technology out there that you and your peer group doesn't use and doesn't understand,” he said.

Does the AP audience use the web differently than the sample he surveyed? We’ve created a poll below (not a replication of Tan’s) to find out where your most frequented online haunts are. We will have the results and your commentary  soon.

Stay tuned, and in the meantime, follow us on your preferred site: