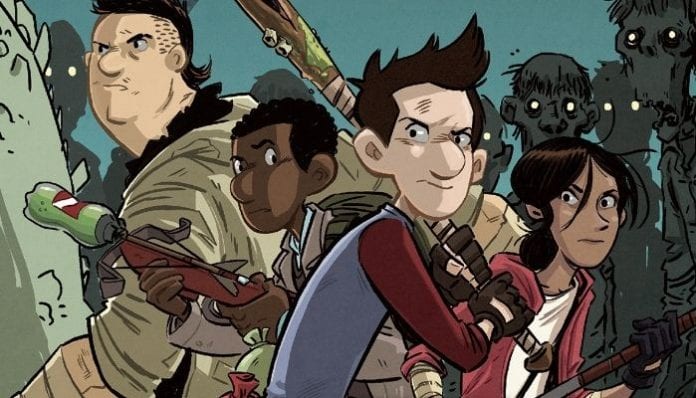 Check out who else has been revealed in this star-studded cast below!

The forthcoming series is based on the books of the same name written by Max Brallier.

I'm pleased to finally announce that I play the lead character of Jack Sullivan on Netflix's new flagship animated series Last Kids on Earth!!! So excited to be working with @HamillHimself @IAm_Montse @rosariodawson @BrianDrummondVO and more on this amazing project!!!! pic.twitter.com/aE13VW9kXP

In addition to the all-star cast announcement, Penguin Random House revealed a look at the cover of the fifth book in the series, The Last Kids On Earth And The Midnight Blade, which is set to be released Sept. 17. 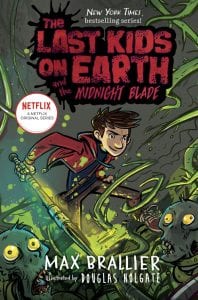 According to Deadline, “The Last Kids On Earth follows 13-year-old Jack Sullivan and a band of suburban middle schoolers who live in a decked-out tree house, play video games, gorge themselves on candy and battle zombies in the aftermath of the monster apocalypse. It’s a hilarious series filled with wisecracking kids, crazy gadgets, a lifetime supply of zombies and giant-sized monsters.”

Atomic Cartoons will develop the series, which is slated to drop later this year.

“The way the series resonates with readers around the world—it’s absolutely humbling. I’m so pleased that the adventures of Jack Sullivan and his friends will continue to grow, both on the page and now on screen,” Brallier says, who will also act as executive producer. “I couldn’t ask for better partners—Atomic Cartoons, Netflix and Penguin—to help me share these stories. And I’m beyond excited to reveal the newest cover while announcing this incredible cast. Seeing these actors bring the characters to life is a dream come true.”

Are you excited to see this book-turned-series Netflix adaptation? Sound off in the comments below!