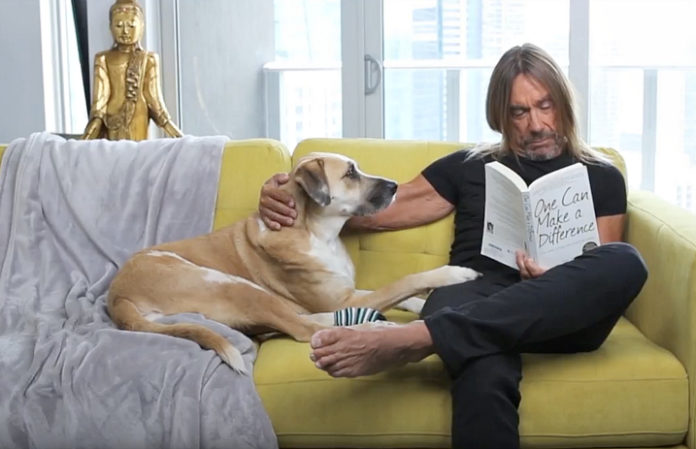 Nick Cave And The Bad Seeds and Iggy Pop have teamed up with PETA in a new video, with Iggy Pop himself making an appearance.

In the video, Iggy Pop appears in his dog's daydream as a superhero, helping a turtle safely cross the road and coming to the defense of a rabbit, as Cave sings, “The rabbit hides beneath the ground/For he is defenseless without you/The sky of daytime dies away/And all the earthly things they stop to play/For we are all breathless without you.”

The video’s message is all about treating these animals with kindness and creating a world for them to feel safe in.

“Nick Cave and Iggy Pop have left PETA breathless with this sweet video,” PETA President Ingrid Newkirk says. “If everyone acted like the people our dogs think we are and depend on us to be, the world would be a far kinder place.”

They are not the first musicians to take part in PETA campaigns—in fact, both Blink-182 and AFI’s Davey Havok took home PETA awards last year!

What are your thoughts on PETA’s star-studded new video? Let us know in the comments below!