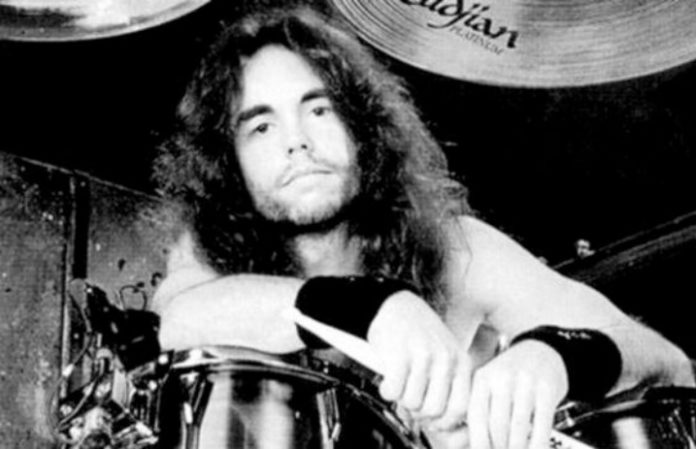 Former Megadeth drummer Nick Menza passed away on May 21 at the age of 51. He was performing with OHM: in Studio City, California.

Menza collapsed on stage during the band's set at the Baked Potato. An audience member told Blabbermouth that “It appeared to be a seizure but [Nick] stopped breathing. Two patrons took over and began CPR until EMS arrived. EMS worked on him for 25-plus minutes, including adrenaline shots, three shocks and non-stop compressions.”

The son of jazz musician Don Menza worked as a drum tech for Megadeth, eventually joining the band for the recording of their landmark 1990 album, Rust In Peace.

Most fans consider Menza an essential part of the band's “classic lineup,” alongside former lead guitarist Marty Friedman and Megadeth cofounders Dave Mustaine (vocals/guitar) and David Ellefson (bass/backing vocals). Menza appears on the band's most commercially successful album, 1992's Countdown To Extinction and the two records that followedL Youthanasia (1994) and Cryptic Writings (1997). He was replaced in Megadeth after he was briefly sidelined by knee surgery in 1998; Friedman exited in 2000.

Menza briefly rejoined Megadeth in 2004 and the Rust In Peace lineup came close to reuniting in 2015.

Members of Megadeth and their extended family expressed their grief in the hours that followed news of the drummer's passing.

“We all know the great and unique drummer that Nick Menza was, but he was also a trustworthy friend, a hilarious bandmate, as well as a very loving dad. I`m beyond sad, did not see this coming at all. RIP Brother.”

TELL ME THIS ISN'T TRUE! I woke at 4 AM to hear Nick Menza passed away on 5/21 playing his drums w/Ohm at the Baked Potato. #nickmenzarip