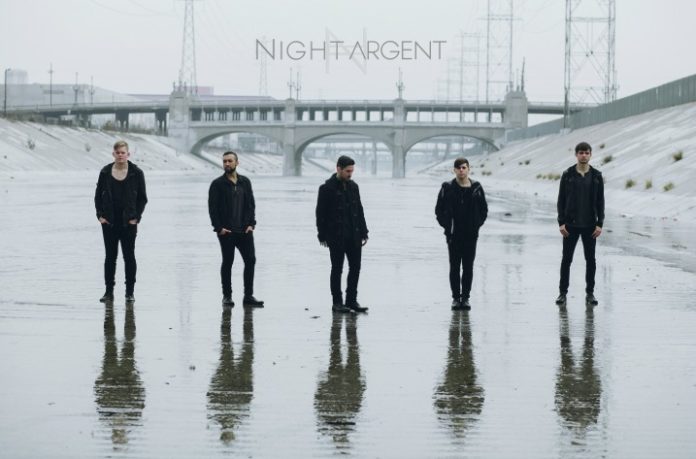 After kicking off 2015 by winning the International Ernie Ball Battle of the Bands and spending the majority of the year touring, the band signed with Mike Mowery at Outerloop Management. Night Argent also recently announced a booking partnership with Artist Group International (Muse, Silversun Pickups, The Strokes).

“When we set out to write and record our debut EP, we wanted to create music that would resonate with people from all walks of life,” vocalist Chase Manhattan explains.

The band was heavily influenced by the crowds' energy and response during live performances across the U.S.

“It influenced how the songs came to life in the studio,” Manhattan continues. “We took those unique moments that would happen spontaneously on stage and incorporated them into the finished songs. We are beyond excited to finally be able to share these songs with all of the friends and fans we've made along the way.”

Stream the band's “Widowmaker” below.

“On the surface, ‘Widowmaker’ could very easily be taken as just a song about a seductive and deadly love, but the lyrics are used as an allegory for addiction,” Manhattan says. “As one of the most commonly shared human experiences, up there with love and death, we all experience it. It knows no boundaries or barriers, it affects the lives of everyone it touches.”