The Nightmare Before Christmas soundtrack is getting a makeover just in time for the holiday season.

Mondo Music is releasing a limited edition vinyl of the 1993 soundtrack that features exclusive artwork from Tim Burton himself. However, you’ll have to act fast if you want a copy of your own.

Read more: Here’s how you can watch Atreyu perform all of ‘Lead Sails Paper Anchor’

With Halloween right around the corner, Burton fans are busy binge-watching his classic films and finding ways to transform themselves into his movie characters. Now, Nightmare Before Christmas fans can truly rediscover all of the film’s iconic songs thanks to Mondo.

In partnership with Walt Disney Records, Mondo is releasing a limited edition The Nightmare Before Christmas vinyl of Danny Elfman‘s legendary soundtrack. The vinyl includes rare artwork created by Burton himself that offers another look at Jack Skellington, Santa Claus and Zero.

The vinyl is “pressed across two beautiful 180g colored vinyl records” that are inspired by both Jack Skellington and Sally. As well, as Spencer Hickman, Head Of Mondo Music, shares, this release is the perfect gift for the holiday season.

“I’m thrilled that we are releasing our version of the Disney holiday classic Tim Burton’s The Nightmare Before Christmas this October,” Hickman says. “A soundtrack for the ages, these songs and stories are indelibly burnt into pop culture and continue to inspire awe and wonder some twenty-seven years after its initial release in theaters. Our special edition of this beloved soundtrack has been remastered especially for vinyl by James Plotkin and features stunning artwork by none-other than Tim Burton himself.” 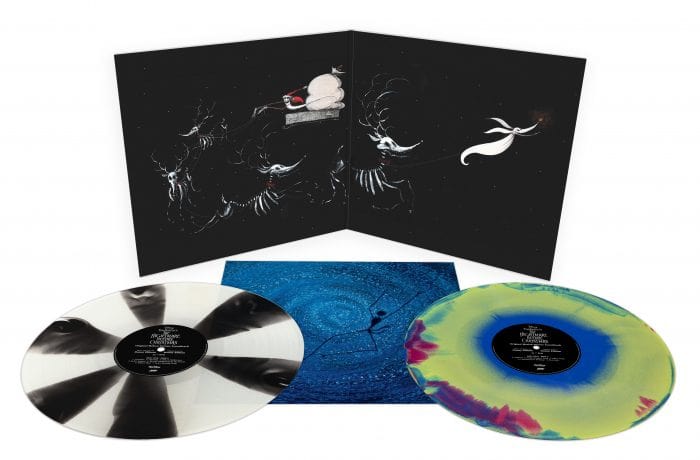 The Nightmare Before Christmas vinyl arrives on Oct. 28 at 12 P.M. ET and is available to purchase here. However, you’ll have to act fast if you want a copy. Mondo is exclusively releasing 5,000 copies for $35 each. Given the popularity of the film and rarity of this release, the vinyl is probably going to sell out fast.

Do you want a copy of this limited edition Nightmare Before Christmas vinyl? Let us know in the comments below.