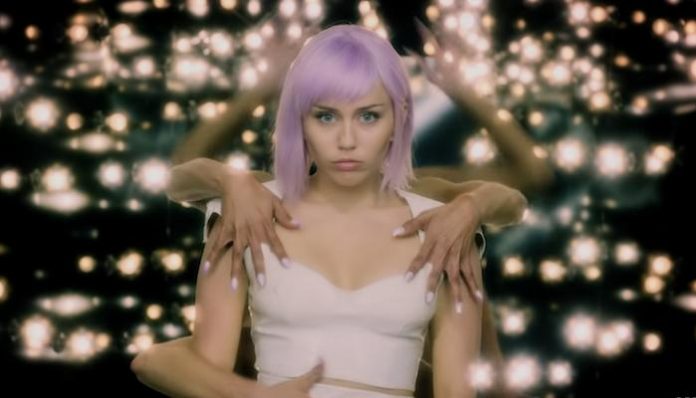 The much buzzed about Black Mirror season 5 has finally arrived on Netflix, and Nine Inch Nails fans are in for quite a treat.

The Miley Cyrus-led third episode, “Rachel, Jack and Ashley Too,” has the singer/actress in the role of a pop star. However, she’s not just singing any old pop tracks or even her own. Cyrus gave NIN tracks a pop twist.

As the Netflix description reads, the third episode is about, “A lonely teen becomes obsessed with a robot doll based on her pop star idol, Ashley O—just as the real Ashley’s life begins to unravel.”

Within the episode, Cyrus performs as Ashley O, but the track may sound a bit familiar. Black Mirror creator Charlie Brooker reveals he penned new lyrics to be placed over the 1989 Nine Inch Nail track “Head Like A Hole.”

Check out the original Pretty Hate Machine track compared to Cyrus’ rejection of her pop star alter ego and the updated version below.

“He thought it was very funny,” executive producer Annabel Jones added. “He found the dark comedy very entertaining. There are lots of dark concepts in the film and we just enjoy that sort of childish subversion of them.”

Nine Inch Nails were apparently so into the collab that the band took it to some new merch. The band announced a new T-shirt inspired by the series which displays their “Head Like A Hole” lyrics in a pop star-like font. The shirt is available for preorder here.

Black Mirror season 5 is streaming on Netflix now. Check out this season’s trailer below.

What do you think of Black Mirror and Miley Cyrus reimagining the Nine Inch Nail track? Let us know in the comments below.