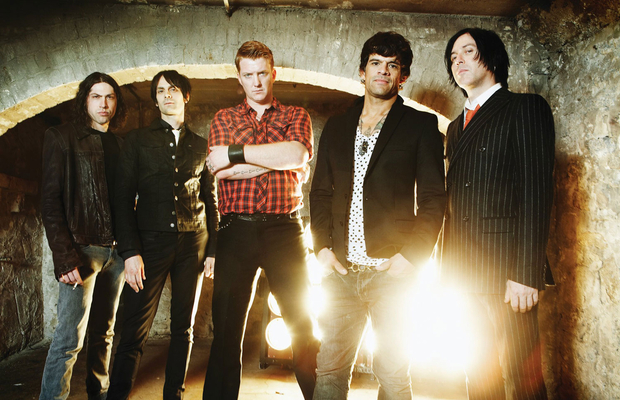 Nine Inch Nails, Queens of the Stone Age, Dave Grohl, and Fleetwood Mac guitarist/singer Lindsey Buckingham will be closing the Grammys with a special rock performance on January 26. QOTSA will be playing in celebration of their three Grammy nominations for their newest album, Like Clockwork, which include Best Rock Album and Best Engineered Album, Non-Classical. Nine Inch Nails has been nominated for Best Alternative Music Album and Dave Grohl is up for two awards based on his work with Sound City.

This year will be the first Grammy performance for both Nine Inch Nails and QOTSA, although Grohl has experience playing with both bands, most notably on QOTSA's album Songs for the Deaf and Nine Inch Nails' With Teeth.

The 56th Annual Grammy Awards will be broadcast Sunday, January 26, at 8p.m. ET/PT on CBS.