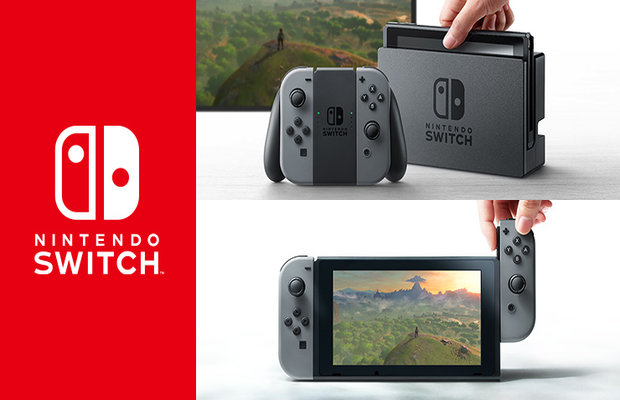 People around the gaming community are always keeping an eye out for what Nintendo is doing, as the Japanese super giants have been a revolutionary company within the video game industry since the ‘80s.

However, we haven’t seen a new Nintendo console since the Wii U was released back in 2012. All changed today. A system that previously was known by the name “NX,” was officially revealed today as the Nintendo Switch in an extended promotional video. And from the looks of it, it’s like nothing we’ve ever seen before.

The video begins with a guy sitting on his couch playing Zelda in a traditional manner, with a wireless controller and console through the TV. Yet, as the ad proceeds, it shows that the Switch console can be extracted from its base, and played as a tablet with the Joy-Con controller—which attaches to each side of the screen. It’s also shown that the Joy-Con can be detached and used for multiplayer purposes while you prop the Switch up on its stand. A pro-version of the controller also will be available for purchase.

According to The Verge, the Switch will have about five gaming functions: traditional single player, party gaming, mobile, social and finally in the emergence of e-sports.

The system will also be the first console in some time to use small cartridges (that resemble the ones from the Nintendo DS) instead of discs, which will simply be inserted into the main tablet portion of the console so it can easily be transported without having to shut off the games.

Thanks to the video, we’re able to identify six releases that we’ll most likely see on the release date of the system, which is March of next year. These include the aforementioned Zelda, Super Mario, Mario Kart, Splatoon, Skyrim and an NBA game. The console also has been supported by numerous developers, including Ubisoft, EA and Activision to name a few.

Below, you can watch the full video released earlier today by Nintendo. What was the last Nintendo console you owned? Let us know how excited you are about their latest system in the comments below!