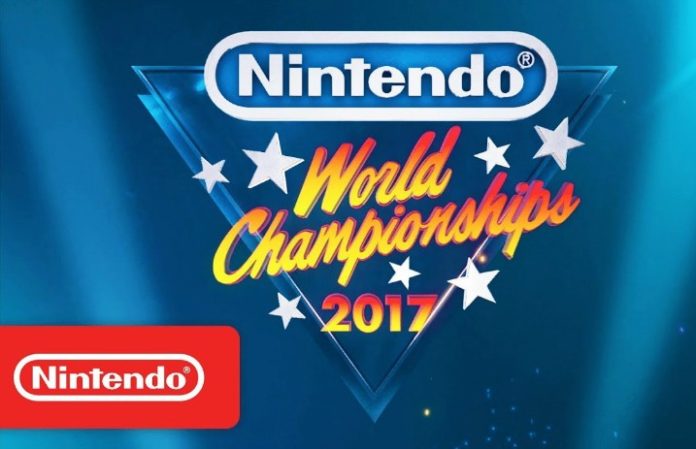 And we have our finalists for the third installment of the Nintendo World Championships! Everyone's favorite video game company released a new video teasing the event that's less than two weeks away!

In the video, Nintendo reveals that eight different guests have been invited to join the competitors, including WWE's former RAW and NXT Women's Champion, Bayley! Each competitor is also receiving a brand new Nintendo 2D XL. How cool is that? Check out the video below!

You'll be able to watch the Nintendo World Championships on October 7 here!

Will you be watching?!

Being immortalized in Nintendo history is something that most of us can only dream of doing, but Nintendo is making that seemingly impossible goal a little bit easier with the announcement of the third installment of the Nintendo World Championships.

Find out how you can compete below!

The original Nintendo World Championships actually happened all the way back in 1990 with the finals taking place at Universal Studios Hollywood. Contestants had a little over six minutes to complete minigames that were specifically created for the event. These minigames featured certain challenges in Super Mario Bros., Rad Racer and Tetris. While having ultimate bragging rights is nice, the actual prizes for winning in each age range were pretty amazing too and included a $10,000 savings bond, a 1990 Geo Metro Convertible, a 40-inch TV along with a gold Mario trophy.

Unfortunately, it seemed that this would be the only Nintendo World Championships that would ever take place until 2015 when the event was brought back. Finalists John Numbers and Narcissa Wright fought tooth and nail in Los Angeles where they played some hellish Super Mario Maker levels in the final stage that we wouldn't want to ever dare try playing. Check out some footage of the final stage below!

Nintendo will be hosting eight different qualifying events at select Best Buy stores in cities across the United States over the course of four weekends. You can check out the dates and cities where these qualifying events will be happening below.

These qualifying events will be featuring Mario Kart 7 for the Nintendo 3DS where you can compete with plenty of other Nintendo fans in a time trial in a certain course depending on your age range. While the original Nintendo World Championships featured three different age brackets, this year's competition will only feature two, 12 and younger and 13 and older.

You'll only have two tries to score your best time so this is definitely something you'll want to practice before the actual qualifying events happen in late August.

But that's not the only thing that'll be happening at these qualifying events as Nintendo will also be showing off their upcoming releases Super Mario Odyssey for the Nintendo Switch and Metroid: Samus Returns for the Nintendo 3DS. Even cooler, the first 100 people to check in at each location will receive a special My Nintendo pin, because who doesn't need more Nintendo swag?

Check out the registration form for the event here and the trailer for the upcoming tournament below!

Will we see you holding that prestigious gold Mario trophy in October? Let us know in the comments!