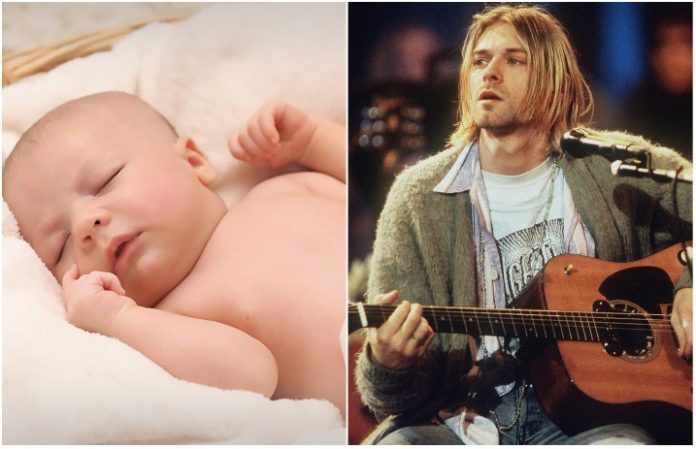 Did you happen to catch the baby-friendly cover version of Nirvana's “All Apologies” that played in a Super Bowl commercial on Sunday night? If not, go ahead and hear T-Mobile's lullabied-out alt-rock rendition below.

Read more: Now is the right time for a Spice Girls reunion

That's right, as featured in a telecom advertisement touting the socially conscious virtues of the next generation, T-Mobile's Super Bowl LII spot takes the 1993 In Utero single and makes it all glockenspiel-laden berceuse, showing shots of multiple little tots while the instrumental grunge-psalm-gone-cradle-song soundtracks the optimistic ad copy.

“Welcome to the world, little ones,” the ad's narrator recites atop the tune. “You come with open minds and the instinct that we are equal. Some people may see your differences and be threatened by them, but you are unstoppable. You'll love who you want. You'll demand fair and equal pay. You will not allow where you come from to dictate where you're going.”

John J. Legere, president and CEO of T-Mobile U.S., tweeted on Monday that the mobile communications company “wanted to use our Super Bowl airtime to share that T-Mobile believes we all started in the same place. We are more alike than different. And we are unstoppable.”

“You will be connected, not alone,” the ad concludes. “Change starts now.” It's a beautiful thought, and one that's more than welcome from one of the world's largest mobile phone service providers. “All in all is all we are.” See the spot and watch Nirvana's Unplugged “All Apologies” here:

This year, we wanted to use our #SuperBowl airtime to share that @TMobile believes we all started in the same place. We are more alike than different. And we are unstoppable. pic.twitter.com/piNDVYloAN

UPDATE: Monday, Feb. 5, at 3:30 p.m. EST –
Looks like the baby-fied “All Apologies” from the above ad isn't exactly new. As some readers have pointed out, the cover version comes from Rockabye Baby's 2007 Lullaby Renditions Of Nirvana album and was previously used in the 2015 documentary Kurt Cobain: Montage Of Heck.