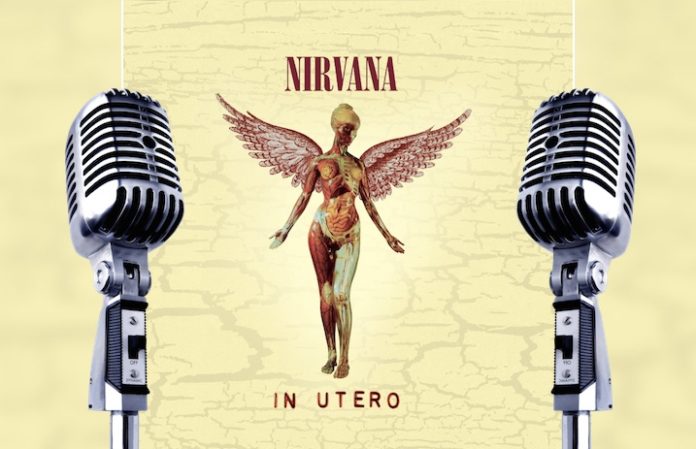 Producer Steve Albini's Nirvana microphones auction is now live on Reverb! Get all of the details below, and get in on the auction action here right now:

Teenage angst has paid off well for recording engineer Steve Albini but now he's bored and old and auctioning off some of the studio microphones he used during Nirvana's 1993 recording sessions for their final album, In Utero.

Read more: A Nirvana-themed cafe called In Bloom is opening up

If you didn't get that opening sentence's ill-advised and ham-handed twist on In Utero's famous opening lines, it's alright—just know that Albini is the innovative and inimical producer (and Shellac frontman) who's recorded linchpin albums for Nirvana, Pixies, Zao, Jawbreaker, Neurosis and myriad other rock, punk and indie bands. Now, as reported by Rolling Stone, Albini is graciously passing that legacy along: He'll be auctioning the three authentic In Utero microphones in partnership with online music gear marketplace Reverb.

“They're irreplaceable. They stopped being microphones and now they're artifacts,” Albini says of the Electro-Voice PL20 (used to record Kurt Cobain's lead vocals) and vintage pair of LOMO 19A9 mics (used both for Cobain's vocals and drummer Dave Grohl's overheads) that he employed during the album's sessions at Minnesota's secluded Pachyderm Studios in February of 1993. “I feel like I should get them into the hands of somebody who would take care of them and not put them at risk in the hectic environment of a recording studio.”

Albini picked the mics out of his collection based on a photo of the sessions taken by fellow engineer Bob Weston. It shows two of the mics beside Kurt Cobain's music stand, binder and handwritten lyrics for In Utero's “Rape Me.” This archival photo appears in the 20th anniversary reissue of In Utero.

“As soon as I was aware that these things had become important and significant and valuable, I had to take them out of circulation in the studio,” says Albini, who consulted with Nirvana's surviving members on the auction.

“This is a once in a lifetime opportunity,” says Reverb's director of business development Jim Tuerk, who's helping with the auction. “To own one of these mics is to own a piece of history that not only helped pioneer an important genre of rock but also helped shape pop culture in the '90s and beyond.”

The auction goes live on Reverb on Sept. 21, a date which coincidentally marks 24 years since In Utero's original release. Get more info about the online auction here and check out a cool video of Albini discussing the mics below.