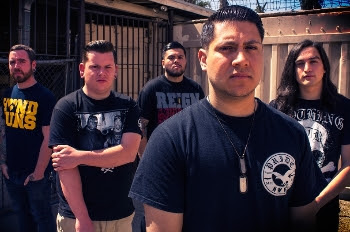 Melodic hardcore act No Bragging Rights have signed to Pure Noise Records, where they were originally the first group to sign to the label in 2009. The band will be entering the studio next month with Will Putney (the Amity Affliction, Like Moths To Flames, Texas In July) to record the follow-up to their 2012 LP, Cycles.

On the signing, NBR vocalist Mike Perez had the following to say:

“It's crazy to think we were Jake’s first release with Pure Noise. It was literally just us and Jake. Watching Jake build the label to what it is today is something we all have had a pleasure watching. We are very excited and very proud to be coming back home to the Pure Noise family.”

No Bragging Rights will be on tour throughout the spring. You can check out the full list of dates and locations below.