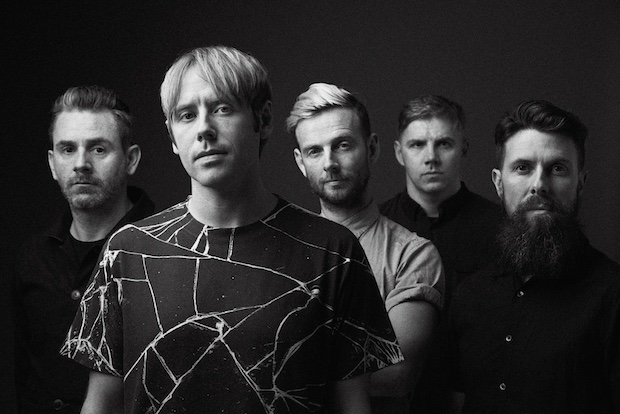 No Devotion, the musical project featuring Thursday's Geoff Rickly and members of the now-defunct Lostprophets, have announced a few fall tour dates as well as an appearance at this year's CMJ Music Marathon. The band will perform for the Brooklyn Vegan/Collect Records showcase at Baby's All Right, in Brooklyn, NY on October 14, while hitting a few other major markets this fall.

The group's new LP, Permanence, will release on September 25. Head here for pre-orders. Check out the band's tour dates below.