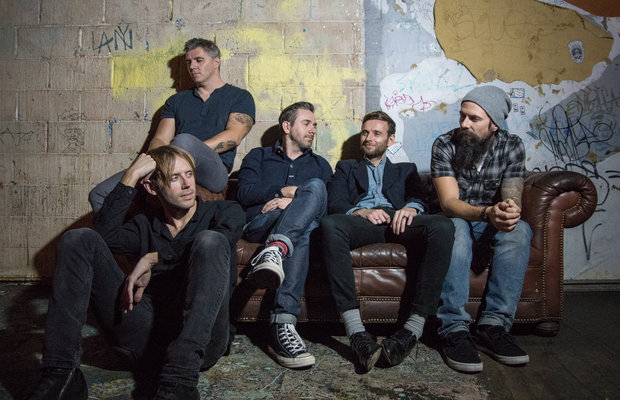 Former Thursday vocalist, Geoff Rickly, and his new band with former members of Lostprophets, No Devotion, will be releasing a brand new album on September 25 through Rickly's own Collect Records. Pre-orders for the album, titled Permanence, are ongoing.

Read more: “We don’t have any devotion to our pasts” —Thursday’s Geoff Rickly on his new band with Lostprophets

The band is currently sharing what they're referring to as an “official visualization” for the album's newest single, “Addition.” It's ostensibly a wet, flickering and shadowy lyric video but there's a lot more to it than what the standards for those may lead you to expect, and it flows perfectly with the moody rock track. You can view the video below (via SPIN).