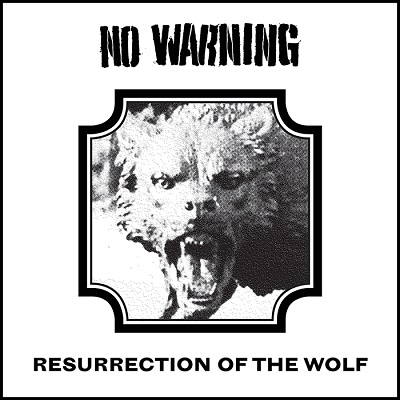 Toronto's No Warning are steaming the title track to Resurrection Of The Wolf and its Violent Minds cover below on Soundcloud, these being their first recordings since 2004's Suffer, Survive. If you hurry, you can get a copy of the seven-inch, limited to only 500 copies worldwide. To learn more about how the release came to be, the band offered the following statement:

“During his time in No Warning our bass player Zach Amster suffered from a life-threatening skin disorder called Stevens-Johnson syndrome which left him close to death. He fully recovered physically, but the experience left him with a case of posttraumatic stress disorder which in time lead to more serious mental health issues and addiction. Along this path, after the band disbanded, he made some bad decisions for which he is now awaiting sentencing in a California state prison. We love Zach and know him to be an amazing person, and we are truly blessed to have him alongside us as a friend, brother and extremely gifted musical partner. We reformed this year to record two songs as a financial benefit for Zach, his wife, and daughter.

Our love and support goes out to Zach, his family & friends. Please share this, share the music, share the images, and do what you can to help. With sincerest gratitude & respect.