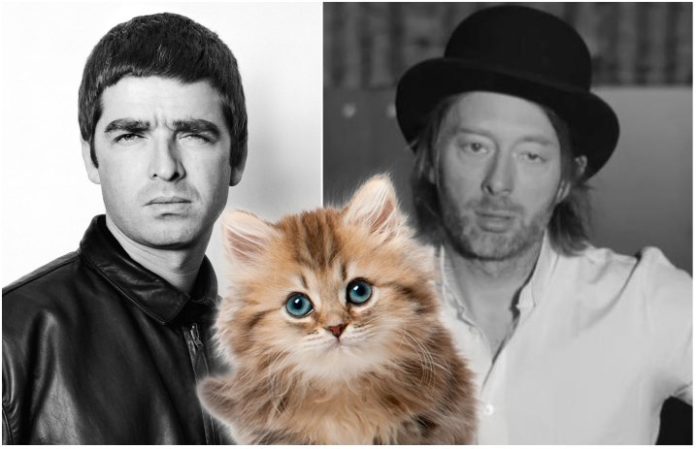 Noel Gallagher says his cat is “absolutely” more rock 'n' roll than Radiohead in a new interview with the Irish Independent. What's the High Flying Bird on about now? See the apparent grudge Gallagher holds against the ol' 'head below.

As reported over at Stereogum, Gallagher is asked by the Independent if he once claimed his cat to be “more rock' n' roll than Radiohead.” “Absolutely,” Gallagher confirms of the rumor. “Boots is a fucking demon.”

The Oasis mastermind says that, while Radiohead “have done some great stuff,” he has “one thing that [he's] always going to hold against them.

“My wife has a physical reaction to them,” Gallagher says. “When she hears them, it's like, 'No—can't do it.' Once he [Yorke] starts singing, 'Can't do it.' No, they're not a party band. But I've got some of their tunes on my phone.”