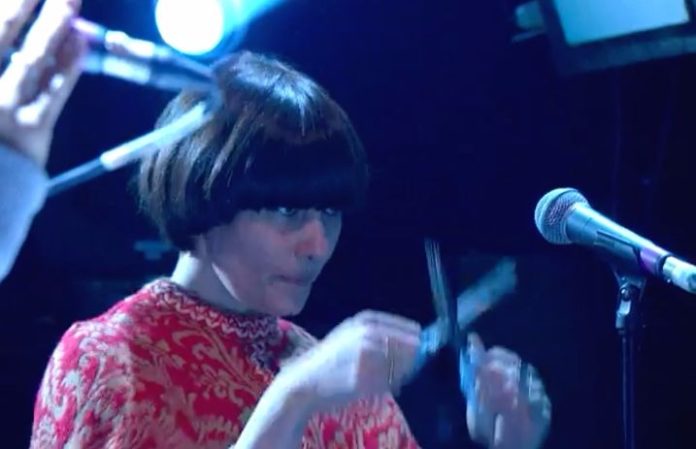 Well, Liam Gallagher may have some strong feelings about having to make his own tea, but Noel Gallagher had someone in his band playing scissors, and honestly we’re not sure we can take either Gallagher too seriously.

Is this real? A prank?

Noel Gallagher’s High Flying Birds were guests on Jools Holland, and they brought out a person playing a scissors who seems unnecessary honestly… But she seems to love what she’s doing, so we can only give her props for that.

Watch the, er, peculiar footage below.

And Twitter is just as confused as we are. (People also want to play scissors for Noel, but same.)

I genuinely think I was born to play the scissors for Noel Gallagher on tour, I think I have found my calling in life

No idea what that bird with the scissors in Noel Gallagher's band is on, but I want some of it.

Of course, Liam had to add some sass to the situation:

We’re just going to leave this here and let you enjoy it. And Noel, if you’re looking for a scissors player, I’ll volunteer as tribute.