It looks like NOFX fans are in for quite a treat this year.

This week, the band announced that Single Album, their 14th full-length album, is officially on the way. To help kick things off, NOFX have teamed up with Avenged Sevenfold for their new single “Linewleum,” which is honoring all of the fans who have covered their classic “Linoleum” over the years.

From “Don’t Call Me White” to “Bob” and “Franco Un-American,” NOFX have a laundry list of classics that have stood the test of time. However, their 1994 hit “Linoleum” has truly resonated with listeners over the past few decades. As a result, there are countless covers, renditions and fan performances of the song all over the internet. For Fat Mike, he still can’t believe a non-single has resonated so much with fans.

“I have no idea why ‘Linoleum’ is THE NOFX song that is covered by so many bands while other NOFX songs get hardly any attention,” Fat Mike says. “‘Linoleum’ wasn’t a single, it had no video, it got no radio play, and most importantly, it didn’t even have a chorus!!! All popular songs have choruses! WTF!”

It turns out that NOFX are so inspired by the “Linoleum” covers they’ve heard over the years that they decided to write a song about it. “Linewleum,” the lead single off of their forthcoming album, honors the importance “Linoleum” holds within the NOFX fanbase.

“So, one night I stayed up till 4 a.m. checking out all the different versions on YouTube,” he continues. “Watching hundreds of bands from over 28 countries (mostly Indonesia) doing ‘Linoleum’ was a humbling experience for me. So I decided to write a song that was a shout out to all those people that learned those four chords and remembered the non-rhyming lyrics.”

For “Linewleum,” NOFX decided to team up with Avenged Sevenfold. The single’s new video features a montage of some of those classic “Linoleum” fan covers. Clips of artists such as August Burns Red and Frank Turner covering NOFX can be seen throughout the “Linewleum” video. Eventually, the visual comes to a close with the ultimate jam session between NOFX and Avenged Sevenfold. 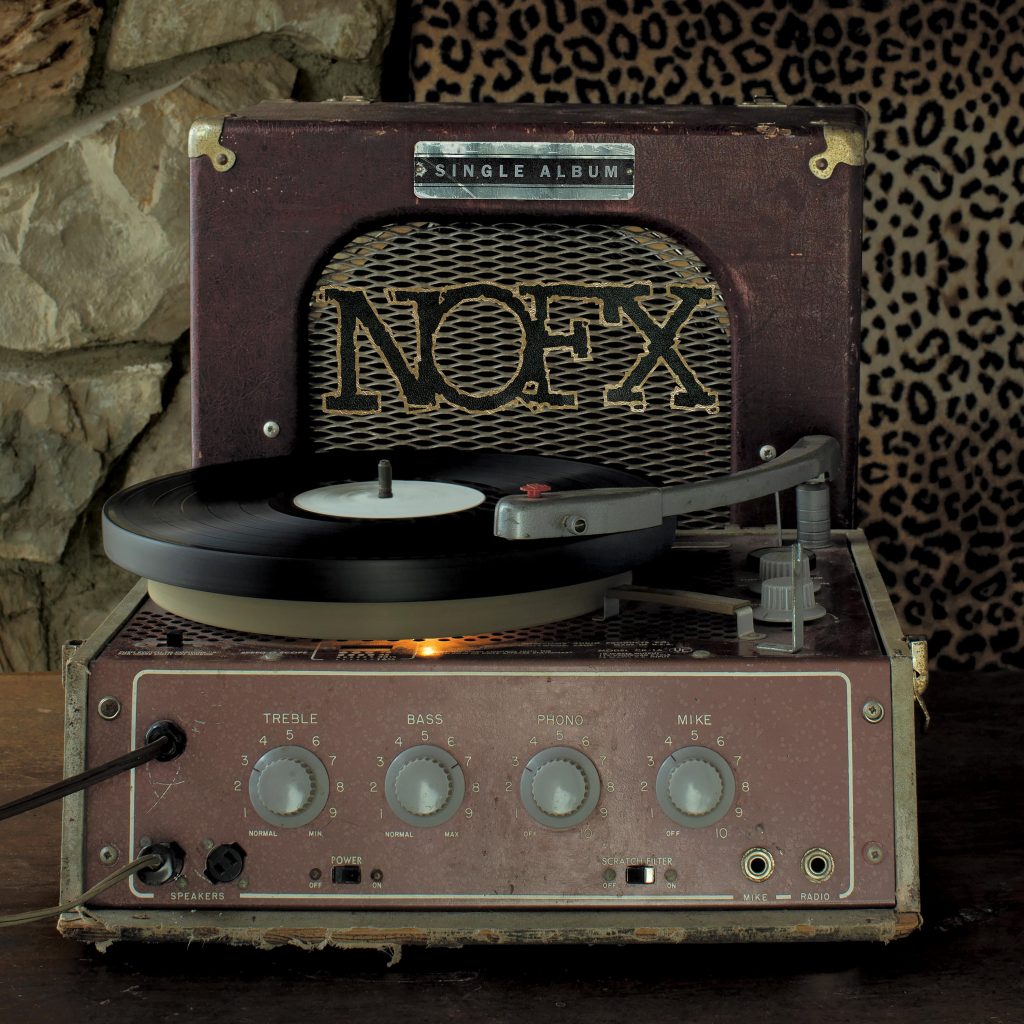 What are your reactions to NOFX’s new single with Avenged Sevenfold? Let us know in the comments below.