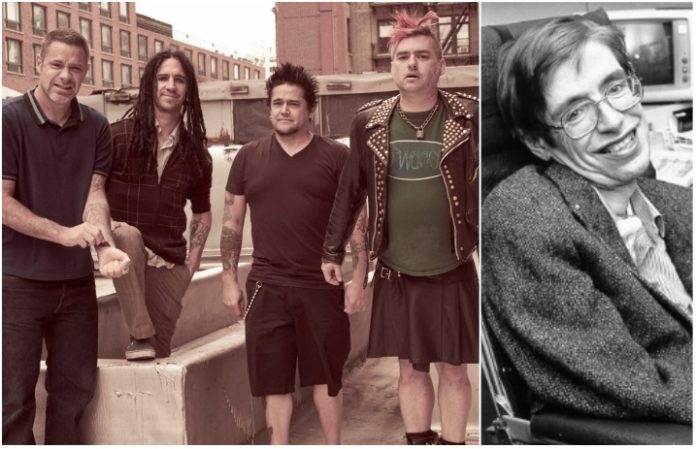 It turns out that punk-rock veterans NOFX just happened to write a song about Stephen Hawking last month. And now, following the acclaimed physicist's death last week, the new tune stands as an unintentional tribute to Hawking. Hear the band's “There's No 'Too Soon' If Time Is Relative” below.

“I bet in heaven there's a computer voice laughing its ass off,” the band cheekily tweeted on Saturday, sharing the new song for the first time. Recorded back in February, the song about Hawking from Fat Mike and co. was seemingly composed as a flippant roast of the scientist, as noted over at Loudwire.

Hawking—the theoretical physicist and cosmologist who famously authored the 1988 bestseller A Brief History Of Time—died on March 14, at the age of 76, after a nearly lifelong battle with a paralyzing motor neuron disease.

As Hawking would say, life would be tragic if it weren't funny: