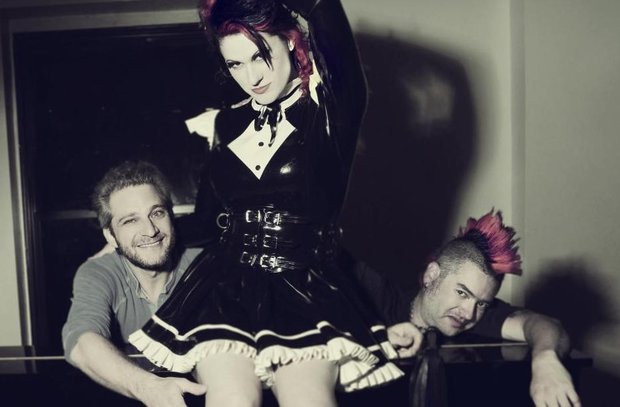 NOFX's Fat Mike has teamed up with Jeff Marx and Soma Snakeoil to announce that a new punk-rock musical concept album, titled Home Street Home, will be released on February 10, 2015 through Fat Wreck Chords in advance of a theatrical production.

The record will feature performances by Fat Mike and NOFX, and sees the play's characters inhabited by a wide roster of vocalists including Frank Turner, Alkaline Trio's Matt Skiba, Tony Award winner Lena Hall, Bad Cop/Bad Cop'sStacey Dee, the late Tony Sly of No Use For A Name, and Dance Hall Crashers' Karina Denike. Members of Descendents, Lagwagon, Old Man Markley, Mad Caddies, Me First And The Gimme Gimmes, the Aggrolites, the Living End, the Real McKenzies, and RKL also play on many of the tracks.

You can check out the soundtrack's artwork and track listing below.

As for the theatrical production, Home Street Home tells a story of survival and love among runaway teenagers living on the streets, and features music by Fat Mike with lyrics penned by Mike, Marx and Soma Snakeoil.

“Ever since I saw Rocky Horror when I was 8, I've been intrigued by musicals. Well, not all musicals, just the ones that break the mold, commented Fat Mike. “Luckily, I found two people, Jeff Marx and Soma Snakeoil, that love breaking things as much as I do. This is f*cking fun!”