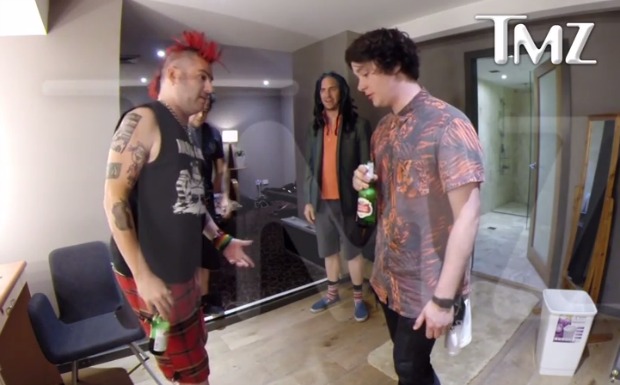 Last week, Fat Mike made headlines after kicking the sh*t out of a fan onstage at a NOFX show in Sydney, Australia. Shortly after the incident, Fat Mike made up with the fan (Alex Medak) on Twitter, promising to buy him a beer.

On Friday night, Fat Mike did his best to make it up to the fan. At the band’s next show in Sydney, Medak was invited onstage to sign “Linoleum,” received a NOFX T-shirt with a picture of the incident on the front, a beer—and got to kick Fat Mike in the shin. (TMZ was apparently there to film.) Check it all out below: