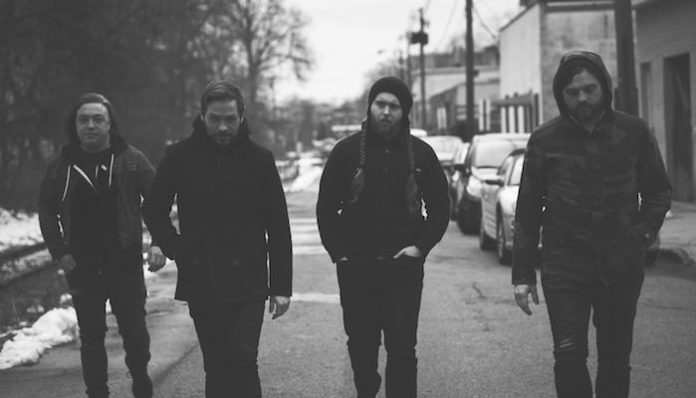 Norma Jean frontman Cory Brandan was in for a bit up a surprise last night. According to Brandan, an allegedly drunk driver smashed into his house. Luckily all parties involved seemed to be fine.

Check out some of the crazy details below.

Everything is fine. Crushed part of my wall. They were both hammered. Driver got arrested. They were trying to leave when I went out and the woman driving was like “I don’t know this area very well and made a bad turn” LOL!…

Into a ditch, across my driveway, through my yard, all the way into my house.

Someone crashed into my house! pic.twitter.com/vpiHauPTyN

Into a ditch, across my driveway, through my yard, all the way into my house.

Everyone apparently unhurt and fans have even chimed in with a bit of humor about the situation.

Luckily, no one was hurt in the situation and we hope justice is served.

Norma Jean released their eighth full-length, titled All Hail, on Oct. 25 via Solid State Records. You can stream it below.

Frontman Cory Brandan previously explained that their 2016 album “was definitely a record where we felt like we ended a trilogy…so now where I think we are was, how do we just switch it up and just really go for something totally off the wall, without losing our self?”

He continued: “We started with a lot of ‘I don’t knows’ and by the time we finished it we were blown away on our own…I’ve never heard Norma Jean like this…It’s new territory for sure, but I’m pretty pumped on it.”

Norma Jean finished up their tour alongside Gideon in support of The Devil Wears Prada. They are playing one more show this year. It takes place Dec. 28 at the NYCB Theatre in Westbury, NY. For all future updates and information regarding Norma Jean, you can head here.

What do you think about this crazy unfortunate incident? Sound off below.