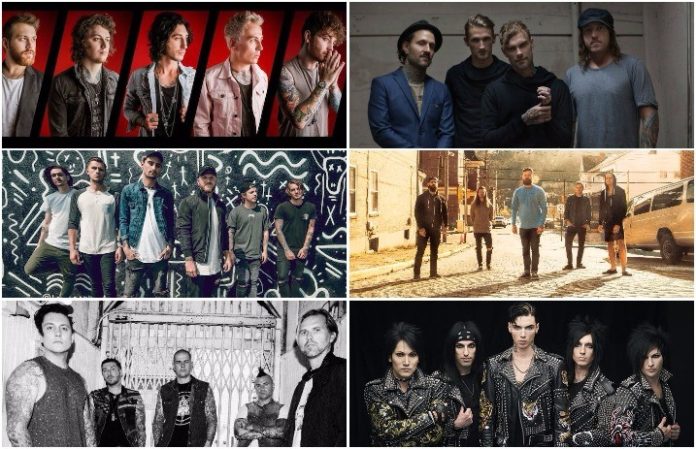 Northern Invasion has announced its epic lineup, with Tool, Avenged Sevenfold, A Perfect Circle and Alice In Chains leading the lineup for the 2018 festival.

Read more: Our Most Anticipated heavy releases of 2018

The festival is set to take place May 12 and May 13 at Somerset Amphitheater in Somerset, Wisconsin, featuring over 12 hours of music per day.

“We spent a lot of time listening to our loyal Invasion fanbase over these last several months to create a lineup that celebrates some of the rock legends along with delivering on our reputation for inviting the hottest up-and-comers in the genre,” said Joe Litvag, Executive Producer of Northern Invasion.

“Having heroes like Tool, Avenged Sevenfold, Alice In Chains and Stone Temple Pilots matched with new sensations like Parkway Drive, Black Veil Brides and Red Sun Rising, I think the fans will respond well. It’s going to be an unforgettable weekend!”

General Admission and VIP tickets, including layaway options that allows fans to split the ticket cost into four monthly payments, are on sale here.

The lineup for Northern Invasion 2018 is as follows (note that it is subject to change):

How stoked are you for Northern Invasion? Let us know in the comments below!