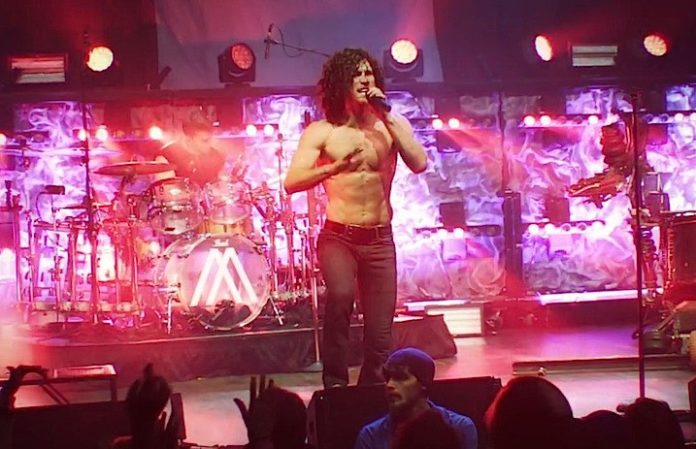 Texas rockers Nothing More end the year with a bang in their explosive new video for “Do You Really Want It?”—the tune taken from their Grammy-nominated fifth album, The Stories We Tell Ourselves. Check it out!

The clip highlights some energetic performances from the group, filmed at the Dallas and Denver stop of band's ongoing world tour, and features a bunch of intense, 360-degree shots of singer Jonny Hawkins and the band rocking out. The panoramic effect used in the video goes a long way toward making the viewer feel like they're among the crowd at a Nothing More gig!

The band are having a banner year, as The Stories We Tell Ourselves has just been nominated for the Grammy Award for Best Rock Album, in addition to the band's Grammy noms for Best Rock Performance and Best Rock Song for “Go To War.” Frontman Hawkins set the surreal scene for Billboard, describing the moment when guitarist Mark Vollelunga first got the Grammy news.

“We were all passed out and [Mark's] voice started escalating in volume and in enthusiasm when he was on the phone with our manager,” says Hawkins. “At first, it was annoying 'cause I was trying to sleep… But then, I realized we had gotten nominated for three Grammys, and that's a little more OK.”

The unexpected Grammy validation serves as a bittersweet victory for Hawkins, whose mother, Shari, died of cancer in 2009. The singer recalls his parent's concern for her rockstar son's musician lifestyle—as well as the moment when she finally gave the band her blessing before passing away.

“Up until that point, she was always looking for other options for me to find a career that would be stable,” he says. “Thought being a musician's going to be a hard life or you're not going to make a living… Toward the end, she just said, 'You know what? Go for it. I believe in you. You're going to make it.'”

Watch Nothing More's “Do You Really Want It?” right here: