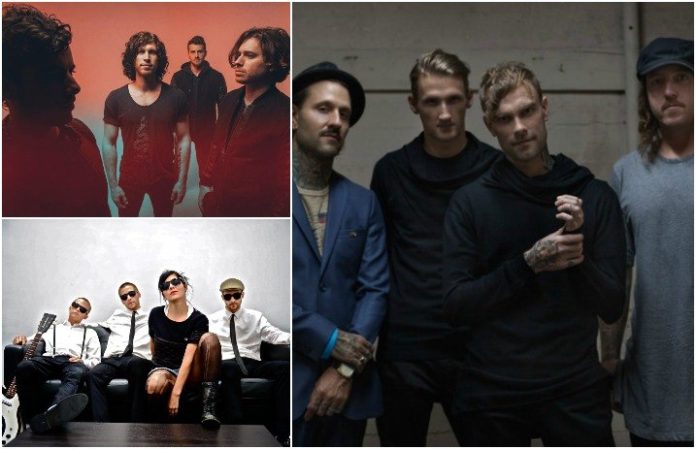 [Photo by: Nothing More/Alysse Gafkjen]

Watch new music videos from the Used, Telltale and more—plus, don’t miss the Interrupters' new album. Check out the news you might have missed today below!

1. Nothing More released a poignant music video for “Just Say When”

Nothing More shared a poignant new music video for their song “Just Say When.” The song is taken from the band’s latest album The Stories We Tell Ourselves, out now. You can snag your copy of it here. The band are currently on tour with Papa Roach and Escape The Fate. For a full list of dates and to purchase tickets, you can go here.

The Interrupters dropped a music video for their song “She’s Kerosene.” The song is taken from the band’s forthcoming album Fight The Good Fight, out June 29. You can preorder your copy of it here.

3. The Used unveiled an artistic video for “The Nexus”

The Used shared an artistic video for their song “The Nexus.” The track is taken from the band’s latest album, The Canyon, out now. You can pick up your copy of it here. The band are currently on a spring headlining tour with Red Sun Rising and the Fever 333. For a full list of dates and to purchase tickets, you can go here.

4. Portugal. The Man, the Regrettes, more announced for Bumbershoot Festival

All the stars are closer �� passes on sale this Friday, May 4 at noon at https://t.co/Hocx9rbNaF pic.twitter.com/OySFaXSri8

Portugal. The Man, the Regrettes and more have been announced for the Bumbershoot Festival. The festival will take place Aug. 31-Sept. 2 and tickets go on sale this Friday at noon PST. For more information and to purchase tickets, you can go here.

The Virginia rockers in Telltale showed what the worst party in the world looks like in their new music video for “451.” The track is taken from the band’s latest EP, Good Intentions, out now. You can get your copy of it here. The band are currently on tour with Settle Your Scores. You can get your tickets and see a full list of dates here.