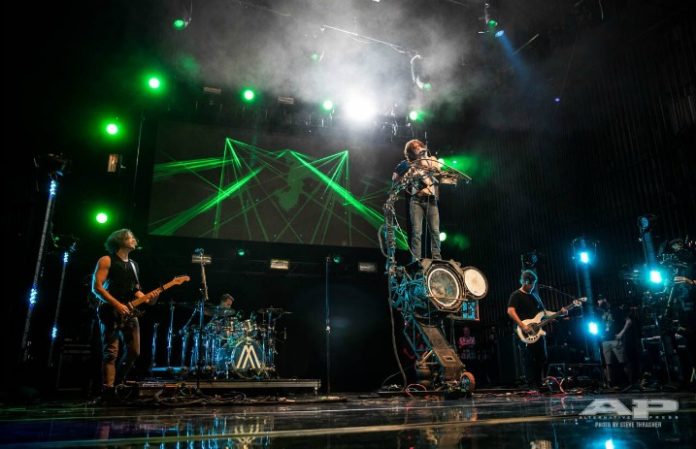 Texas rockers Nothing More will be heading back out on the road in 2018 following their two-month tour in 2017.

Check out the upcoming dates below!

Read more: Nothing More offer the most incredible advice at Riot Fest—watch

Nothing More have had quite an amazing 2017. They released The Stories We Tell Ourselves, Nothing More's first full-length since their 2014 self-titled album, on September 15, along with having an amazing performance at the 2017 APMAs which you can check out below!

They also offered the most incredible advice at Riot Fest that we're still thinking about nearly two weeks later.

“A big part of what we do that is so healing isn’t specifically the music in the sense that sometimes it’s just being heard. For us it’s music because it’s what we’re moved by the most and we feel the most energy towards communication with. You can be heard in so many different ways. A lot of times, though, that feeling of putting some part of yourself out there or channeling something that you went through into something you do, even it’s just a sport, that’s not even artistic, but some form of it can be expressive if you channel what you went through. Then as you succeed and really apply yourself to a discipline… just something bigger than you, because we’re all crazy. I’m crazy, you’re crazy. The only thing that you can do is tether yourself to things that are stronger and more steady than you, and that shows your sanity — is by knowing yourself and that deep down we all fluctuate and we all will. That would be my advice,” said Jonny Hawkins.

And now it appears that 2018 will be yet another busy year for the band as they'll be hitting the road again in February. Check out the dates below! Tickets will go on sale Friday and you can pick them up here!

Which show will we see you at? Let us know in the comments