Nova Twins are shining the spotlight on alternative POC artists for their new charity compilation Voices For The Unheard.

In partnership with Dr. Martens and Blood Records, Voices For The Unheard is being released as a limited edition 12-track vinyl. Proceeds from the vinyl sales are going towards The Black Curriculum which works to address the lack of black British history throughout the U.K.

For Amy Love, the U.K. has a particular lack of representation for POC alternative artists. Although the music industry supports artists in R&B and hip-hop, rock and metal POC artists are largely left out.

​“There’s a lack of representation and understanding of POC alternative artists, particularly in the UK,” Love tells NME. “People are happy for black people to be in R&B and hip-hop because they feel like it’s safe and that’s the done thing. These are genres that black people have pioneered, but there’s a lack of education about how rock was also pioneered and helped to move forward by artists like Sister Rosetta Tharpe. The genre was carried by a lot of white men, but a lot of the POC artists got lost along the way.”

Read more: Hayley Williams did something she’s never done before on her new album

Love goes on to say that POC artists feel widely unaccepted in alternative music because of the stereotypes that are in place.

“People don’t think we belong here,” Love continues. “We get loads of stereotypes. People think that we’re R&B or dancers. We just want to create an eye-opening experience for the gatekeepers to understand that this isn’t going anywhere and see what’s really going on out there. In pop music, the headliners at big festivals reflect what’s happening today. That doesn’t happen in rock music. If people want rock music and the live industry to survive then they need to diversify.”

Over the past few years, Nova Twins have forged a career for themselves in the alternative music world. More recently, they teamed up with Bring Me The Horizon for the explosive collab “1×1.” The song appears on Bring Me The Horizon’s chart-topping EP POST HUMAN: SURVIVAL HORROR.

Pre-orders for the Voices For The Unheard vinyl are available here and the compilation album playlist can be streamed below. The whole thing kicks off with Nova Twins’ 2020 single “Taxi.” 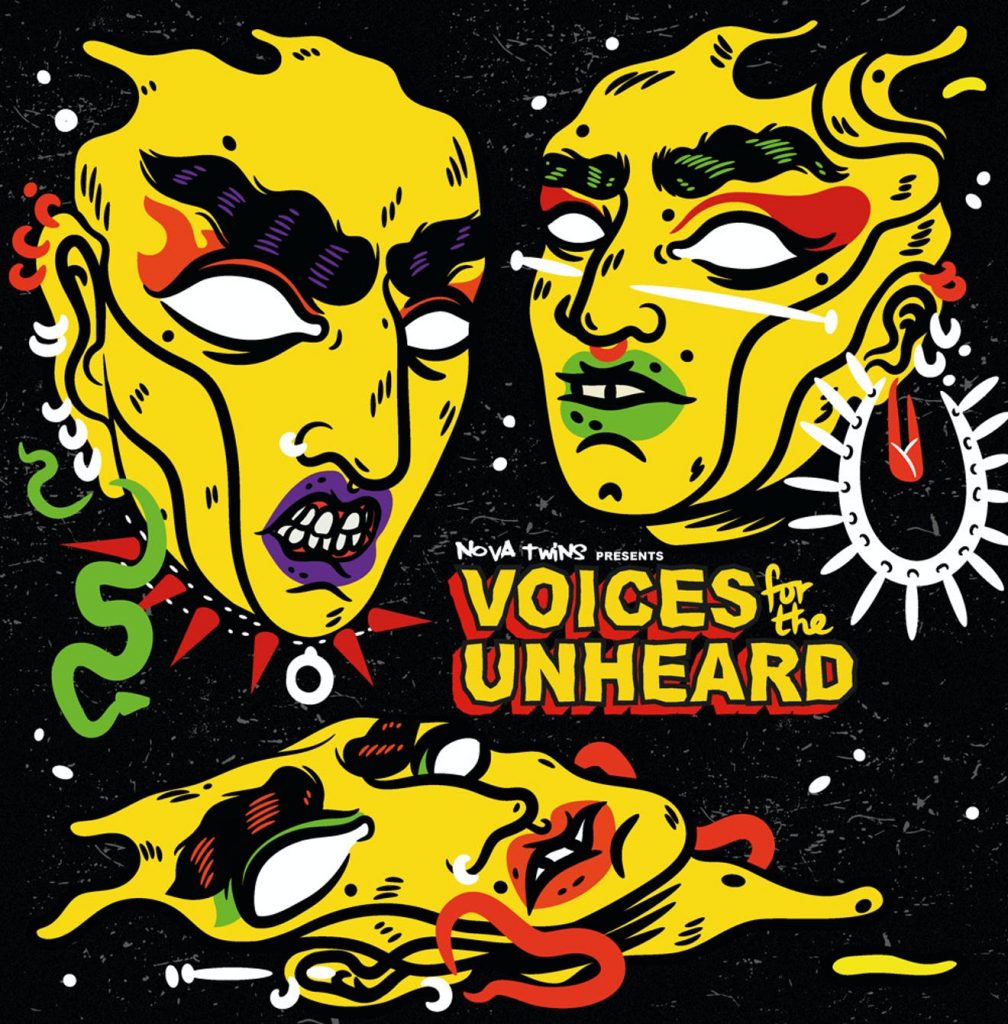 Voices For The Unheard tracklisting:

What are your reactions to the new charity compilation? What is your favorite song on Nova Twins’ Voices For The Unheard? Let us know in the comments below.