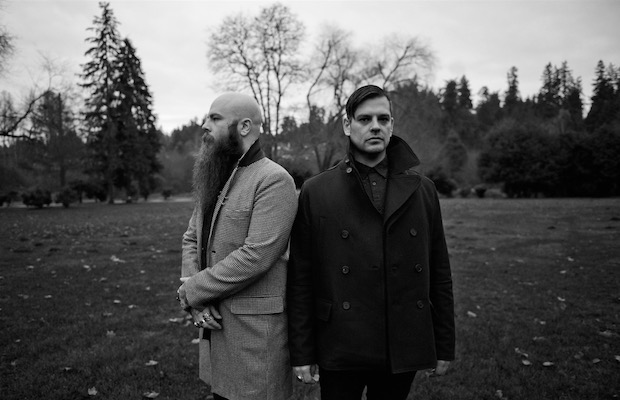 NYVES (pronounced Knives) the new project from Ryan Clark (Demon Hunter) and Randy Torres (ex-Project 86), have signed with Spartan Records for the release of their debut album, Anxiety, which is due out June 23.

To coincide with their signing announcement, the duo have premiered a music video for the LP's lead single, “Return,” which you can watch below. Be sure to leave us a comment with your thoughts.

“I’ve been playing/writing hardcore and metal for the past 20 years, so when the chance to do something completely different presented itself, I jumped at the opportunity. With NYVES, I can channel my inspirations into something new, and it fulfills a different side of my creativity,” says Clark. “Randy came to me with some amazing ideas—the kind of songs I’d hear in my head when I imagined doing something different.”

“We share so many musical influences, and we’ve always wanted to do a project together,” adds Torres. “The artists that influenced NYVES have amazing sounding records and that became a driving force in the process of creating this record—to create something equally as great.”

Pre-orders, which include instant downloads of two new songs, are available for purchase now.