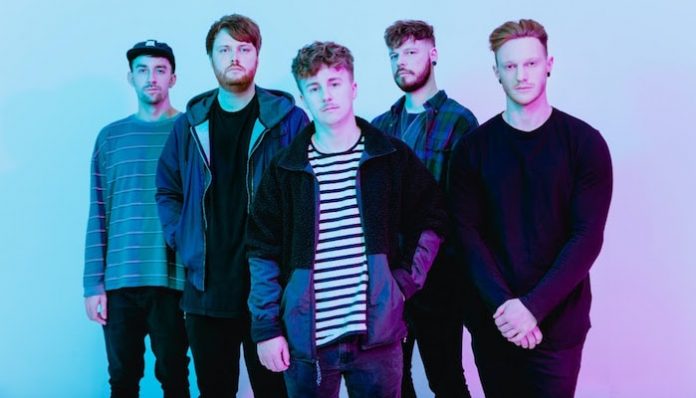 Oceans Ate Alaska are officially back with their first new song in three years “Metamorph.”

The latest single also marks the return of the original Oceans Ate Alaska lineup with James Harrison taking over on vocals again.

It’s been a few years since we last heard new material from Oceans Ate Alaska. Back in 2017, they put out their last full-length album Hikari which features the hits “Hansha,” “Covert” and “Escapist.”

More recently, Oceans Ate Alaska teamed up with Hopeless Records for the 2018 compilation Songs That Saved My Life. Along with covers from Neck Deep, Against Me! and the Maine, Oceans Ate Alaska contributed a cover of Sting‘s “Shape Of My Heart.” The charity album benefitted various organizations including Hope For The Day and To Write Love On Her Arms.

Now, after three years of waiting, Oceans Ate Alaska are finally back with their first new piece of music. This week, the band debuted their hard-hitting new single “Metamorph.” As well, their original lineup has reunited with Harrison stepping in as vocalist again.

Read more: Anthony Green’s favorite Circa Survive album may be hard to find

Following the release of their debut full-length Lost Isles, Harrison departed from the band in 2016. Soon after, Jake Noakes took over vocal duties before they put out their second full-length Hikari.

Their new single “Metamorph” not only marks a new chapter for the band, but it also greatly shows their development over the past few years.

“As the original lineup for Oceans Ate Alaska, we are hugely proud to announce our brand new single ‘Metamorph,'” the band say. “Time plays a key factor in growth. We as musicians have let this sink in over the past few years and expanded upon our influences and ideas. But the space we’ve had between us has brought a new creativity to the mix. Everything feels new, almost undiscovered. Prepare for a new era of music.”

“Metamorph” is just a taste of what’s to come from Oceans Ate Alaska. The band are currently working on their third full-length album which will be put out through Fearless Records.

The Jeb Hardwick-directed “Metamorph” video is available to stream below. The single is also available on all digital streaming platforms.

What are your thoughts on their new single? Are you glad to see the band return to their original lineup? Let us know in the comments below.