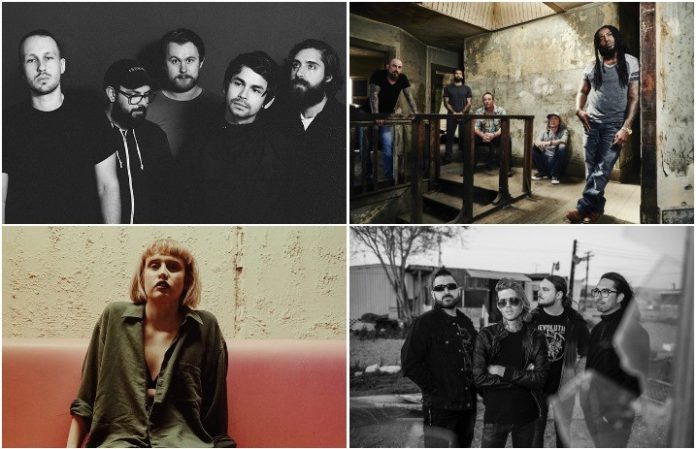 Watch new music videos from Gatherers, Of Mice & Men and more—plus, don’t miss new music from Sevendust. Check out the news you might have missed today below!

Read more: There’s a pizza museum opening and we must go

1. Of Mice & Men shared an epic live video for “Instincts”

Of Mice & Men shared a massive live video for their song “Instincts.” The song is taken from the band’s newest album, Defy, out now. You can get your copy of it here.

Sevendust unveiled their new single, “Medicated.” The track is taken from the band’s forthcoming album All I See Is War, out May 11. You can get your copy of it here. The band are currently on tour with Memphis May Fire, Fire From The Gods and Madame Mayhem. For a full list of dates and to purchase tickets, you can go here.

3. Gatherers dropped a music video for “The Floorboards Are Breathing”

Gatherers dropped a music video for their song “The Floorboards Are Breathing.” The song is taken from the band’s upcoming album, We Are Alive Beyond Repair, out June 1. You can purchase your copy of it here. The band will be hitting the road this summer with Bent Knee. For a full list of dates and to purchase tickets, you can go here.

4. The Split Seconds premiered a lyric video for a new song

The Split Seconds shared a lyric video for their new song “Where Have All the Good Men Gone.” The track is taken off the band’s sophomore album, Counterfeit Reality, out June 8.

5. Lizzy Farrall announced as tour support for He Is We U.K. tour

Excited to announce I am off on tour with @HeIsWE in June! pic.twitter.com/KMPEfJUbvF

Lizzy Farrall announced as tour support for He Is We’s upcoming U.K. tour. For a full list of dates and to purchase tickets, you can go here.

6. TLE shared what it’s like being a dad in new music video

If you have ever wondered what the chaotic world of being a dad is like, don’t worry—TLE have you covered. The band’s newest video “Now, You Will Go To Sleep Or I Will Put You To Sleep… You're In My World Now, Kiddo,” highlights the quick-wit of kids.

Kailee Morgue debuted her new single, “F**k U.” You can purchase your copy of it here. Morgue will also perform her first-ever headlining show in New York at Baby’s All Right May 17. You can get your tickets for it here.